RICHMOND, Va. (AP) — Virginia moved a step closer to ratifying the Equal Rights Amendment on Tuesday, even as the measure’s future nationally remains in doubt.

A House committee approved a resolution to ratify the gender equality measure, which advocates hope will become the next amendment to the U.S. Constitution.

The 13-9 vote split along party lines, with all Democrats supporting it and all Republicans opposing it.

A Senate committee already advanced a similar resolution. The resolutions are now before the full House and Senate, where floor votes were expected Wednesday. Democrats control both chambers, and their legislative leaders have said their caucuses unanimously support the measure.

“Each action we take to move this resolution forward signals to the country that we’re more than ready to do our part in creating a world where women are treated as equals,” Del. Jennifer Carroll Foy, a sponsor of the House resolution, said in a statement. “I was proud to introduce this resolution and I look forward to voting to pass it in the House tomorrow.”

Each chamber will then need to pass the other’s resolution before ratification becomes final.

ERA advocates say the measure will enshrine equality for women in the Constitution, offering stronger protections in sex discrimination cases. Opponents warn it will erode commonsense protections for women, such as workplace accommodations during pregnancies. They also worry it would be used by abortion-rights supporters to quash restrictions on the grounds that they specifically discriminate against women.

Final passage would make Virginia the decisive 38th state to ratify the ERA, surpassing the three-quarters of states needed to add an amendment to the Constitution.

However, court battles are expected over a long-passed 1982 deadline set by Congress, as well as other legal issues. 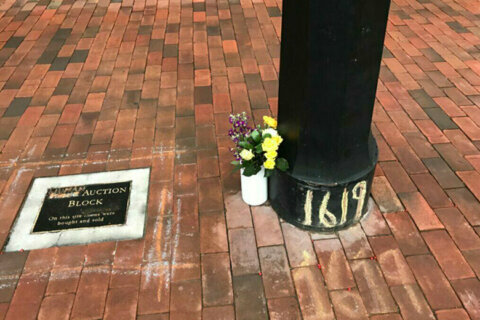