A bill to abolish the death penalty has been filed by Del. Lee Carter, a Democrat from Manassas, and several additional bills are expected.
Listen now to WTOP News WTOP.com | Alexa | Google Home | WTOP App | 103.5 FM
(1/3) 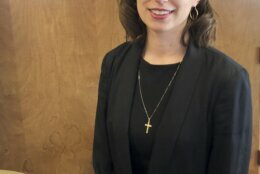 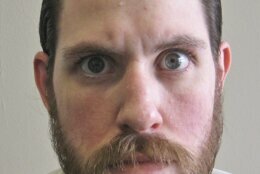 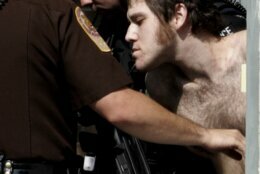 RICHMOND, Va. (AP) — Virginia has executed nearly 1,400 people in its 412-year history — more than any other state. But as a new Democratic majority prepares to begin the legislative session, some see an opportunity to end executions in Virginia.

A bill to abolish the death penalty has been filed by Del. Lee Carter, a Democrat from Manassas, and several additional bills are expected.

The push is backed by Virginians for Alternatives to the Death Penalty, along with some powerful voices: loved ones of murder victims. Thirteen family members sent a letter to the General Assembly in November asking lawmakers to abolish the death penalty.

Rachel Sutphin, the daughter of Cpl. Eric Sutphin, who was fatally shot in 2006, said she felt no closure or solace when her father’s killer was executed in 2017.

“A lot of people, they want families to have this moment that heals them or makes things completed. And for me, it did not,” Sutphin said, describing her reaction to the execution of William Morva.

“It was instead, more hurt,” she said. “I felt, well, now there are two people dead.”

Eric Sutphin, who worked for the Montgomery County Sheriff’s Office, was shot while participating in a manhunt for Morva, an escaped prisoner who had shot and killed a hospital security guard. Sutphin was shot when he encountered Morva in Blacksburg.

Rachel Sutphin, who was 9 at the time, said she wasn’t aware of Virginia’s death penalty until much later.

In 2016, she wrote letters to then-Virginia Gov. Terry McAuliffe urging him to commute Morva’s sentence to life without parole.

Morva was executed In July 2017. No one has been executed in Virginia since then.

No death sentences have been imposed in the state since 2011, and only three people remain on Virginia’s death row. Since the Supreme Court reinstated the death penalty in 1976, the state is second only to Texas in number of executions, at 113.

Carter said the new Democratic majority gives death penalty opponents “the best chance we’ve had in a very long time,” but he acknowledges that entrenched attitudes toward the death penalty in Virginia could make abolishing it difficult.

Even with the slim majority Democrats hold in both the Senate and House of Delegates, the push to abolish the death penalty could have an uphill battle.

“The General Assembly has crafted — over many years — careful categories of crimes that can potentially receive the death penalty,” Chafin said.

“Those crimes are the most heinous of crimes,” Chafin said. “They’re the unthinkable types of human behavior that truly those who commit them deserve to receive death and not be incarcerated at the taxpayer’s expense for the rest of their lives.”

Robert Dunham, executive director of the Death Penalty Information Center, said 21 states have abolished the death penalty, but it often takes years of drawn-out political battles. He said repeal could be more difficult in the South, where many states have a long history of executions and ingrained attitudes about the death penalty.

“From a symbolic perspective, abolition in Virginia would have national significance because it would be the first of the Southern states to voluntarily repeal capital punishment,” Dunham said.

“The change in the composition of the legislature brought about by the blue wave may be enough to put abolition over the top. But even then, success is unlikely unless there is a bipartisan component of it.”

Republican Del. Rob Bell said he understands the feelings of crime victims’ family members who do not want to see the death penalty imposed. But he said he would not support a blanket repeal of the death penalty.

“The thoughts of the surviving family members are always important, and in cases where no family member wants it, the prosecutor could decide not to proceed that way,” he said.

“Here, what’s being proposed would take it away from all families, those that want it and those that do not.” 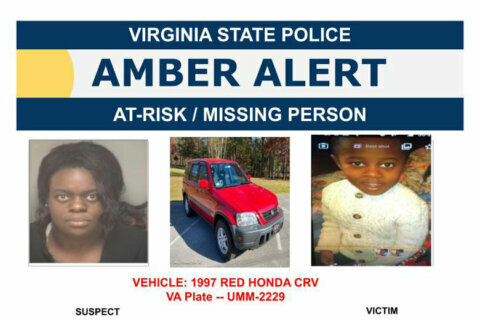