LYNCHBURG, Va. (AP) — The Latest on the protests at Liberty University calling for an investigation into school president Jerry Falwell Jr. (all times local):

Liberty University President Jerry Falwell Jr. is praising students on both sides of a school protest over allegations that he improperly benefited from the institution and disparaged students.

Falwell Jr. tweeted Friday that he was “so impressed with how @LibertyU students conducted themselves.”

He said students “who had concerns and the ones who supported me were both respectful and … Christ-like in their behavior. Our students are an example the world can learn from!”

Students had gathered at the private evangelical university in Lynchburg, Virginia, and held up signs calling for accountability and an investigation.

Students at Liberty University in Virginia have gathered to protest in the wake of news reports containing allegations that school president Jerry Falwell Jr. “presides over a culture of self-dealing” and improperly benefited from the institution.

The News & Advance reports the students gathered Friday at the private evangelical university in Lynchburg. Photos show students holding signs calling for accountability and an investigation.

Following the publication of a Politico Magazine article, Falwell Jr. told The Associated Press on Tuesday that he wants the FBI to investigate what he called a “criminal” smear campaign orchestrated against him by several disgruntled former board members and employees.

Liberty was founded in 1971 by Falwell’s father. It boasts an enrollment of more than 100,000, including those in its massive online education program. It’s also an influential hub of conservative politics. 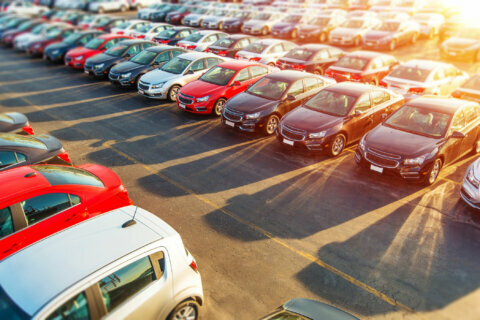