A federal judge on Tuesday refused to free members of a white supremacist group on bond while they appeal their…
Listen now to WTOP News WTOP.com | Alexa | Google Home | WTOP App | 103.5 FM

A federal judge on Tuesday refused to free members of a white supremacist group on bond while they appeal their convictions for attacking protesters at a white nationalist rally in Virginia.

All three men pleaded guilty to riot conspiracy charges stemming from violence at the Unite the Right rally in Charlottesville, Virginia, in August 2017. In July, Moon sentenced them to prison terms ranging from 27 months to 37 months.

Prosecutors said the group members’ hatred for Jews, blacks and feminists motivated them to attack counterprotesters. Daley, Miselis and Gillen flew from Los Angeles to Charlottesville on the eve of the rally and participated in a torch-lit march through the University of Virginia’s campus, joining in chants such as “Blood and soil!” and “Jews will not replace us!”

Prosecutors also said the men engaged in other racist and anti-Semitic activity before the rally. They pointed to photographs of Rise Above Movement members gathering on a beach to burn books, including “The Diary of Anne Frank” and “Schindler’s List,” and disrupting a “white privilege” workshop in Santa Monica, California, sponsored by the Committee for Racial Justice.

A fourth member of the California-based group, Cole White, pleaded guilty to a riot conspiracy charge several months before the other three men. White, a California resident, has been free on bond since May while he awaits a November sentencing hearing.

Prosecutors didn’t object to White’s release, but they opposed the bond requests by Daley, Miselis and Gillen, who are appealing the constitutionality of a federal anti-riot law. Wednesday is the deadline for the three men’s attorneys to file their opening briefs with the 4th U.S. Circuit Court of Appeals.

Daley, Miselis and Gillen all asked to be released to their parents’ custody in California while the appeal is pending.

Miselis has a master’s degree in aerospace engineering and had “top-secret clearance” while working as an analyst for Northrop Grumman, running simulations of air-to-air and air-to-ground combat, according to his attorney. Moon said Miselis tried to characterize his acts of violence as the result of being caught up in “emotionally charged and turbulent political rallies.”

“That may be,” the judge wrote. “But these acts of violence were not the result of unforeseeable happenstance. Miselis sought out such violence on multiple occasions. He trained and equipped himself for such violence.”

Moon said Daley was a leader of the group and traveled overseas to meet with members of other white supremacy groups.

“Furthermore, the disturbing evidence of Daley’s celebration of his acts of violence cannot be overlooked,” the judge wrote.

“As with his Co-Defendants, little has changed since the determination at Gillen’s arrest, where the Government showed by a preponderance of the evidence that Gillen was a danger to the community,” the judge wrote. 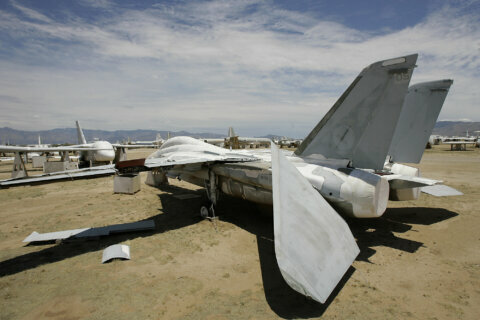