Clamor for ouster of top Democrats slows in Virginia

RICHMOND, Va. (AP) — The clamor for the resignation of Virginia’s top two politicians seemed to die down Monday, with some black community leaders forgiving Gov. Ralph Northam over the blackface furor and calling for a fair hearing for Lt. Gov. Justin Fairfax on the sexual assault allegations against him.

Over the past several days, practically the entire Democratic establishment rose up to demand fellow Democrats Northam and Fairfax immediately step down. But the tone changed markedly after the weekend.

A Democratic state lawmaker who had threatened to begin impeachment proceedings against Fairfax, Virginia’s highest-ranking black politician, set the idea aside after running into resistance.

At the same time, several black clergy and civic leaders made clear they are willing to give both Northam and Attorney General Mark Herring a second chance, while urging due process for Fairfax. Herring, like Northam, has admitted putting on blackface in the 1980s.

As the scandals engulfing Virginia’s top three elected Democrats developed, it became increasingly clear that it could look bad for the party if Fairfax were summarily pushed out and the two white men managed to stay in power.

“The sort of irony that makes your head spin is that Herring and Northam are in trouble for behavior related to Virginia’s racial past. And yet it may be the only African-American statewide officeholder who, at the end of the day, gets in trouble,” said Quentin Kidd, a political science professor at Virginia’s Christopher Newport University. “This may get worse and more uncomfortable before it gets better — if it does get better.”

If Northam stepped down, Fairfax would become Virginia’s second African-American governor in history. If all three Democrats resigned, a Republican could become governor: GOP House Speaker Kirk Cox is next in the line of succession.

Late last week, amid widespread calls for Fairfax’s resignation, Democratic Del. Patrick Hope, who is white, announced plans to introduce articles of impeachment against the lieutenant governor on Monday. But Hope relented, citing both reaction from colleagues and online accusations he is a racist.

Hours later, a group of eight black clergy and community leaders said during a news conference that they forgive Northam and want to give him a second chance. Former Richmond City Councilman Henry “Chuck” Richardson called Northam a “good and decent man” who has stood with African-Americans on important issues.

Separately, a set of black leaders listed steps they said Northam and Herring should take to redeem themselves during their remaining three years in office, including removing Confederate statues and raising more money for Virginia’s historically black colleges.

“In our opinion, it is not enough for you to simply apologize,” the black leaders said in a letter.

The Virginia Legislative Black Caucus did not withdraw its earlier call for Northam to resign. But its chairman, Del. Lamont Bagby, signaled willingness to work with the governor on issues of importance to black lawmakers.

“My caucus, I can tell you, they’re fired up to get this stuff done,” Bagby said.

A recent poll found a majority of black Virginians support Northam remaining in office, with Virginians overall split about evenly on the question of whether he should step down. The poll was conducted last Wednesday through Friday by the Washington Post and George Mason University.

Of the three politicians under fire, Herring appeared to be in the least danger of being forced out. Black leaders have said they felt he earnestly apologized.

However, in a sign of the difficulties Fairfax will face in staying on the job, four of his staff members have resigned.

In interviews published Monday, Fairfax repeated denials of sexual assault allegations by Meredith Watson and Vanessa Tyson. The Associated Press generally does not identify people who say they are victims of sexual crimes, but both women have come forward.

Fairfax said he has never sexually assaulted anyone and deserves a chance to defend himself.

“Everyone deserves to be heard. … Even when faced with those allegations, I am still standing up for everyone’s right to be heard,” he told The Washington Post.

Watson has said Fairfax raped her while they were students at Duke University in 2000. Tyson, a California college professor, has accused Fairfax of forcing her to perform oral sex on him at a Boston hotel in 2004.

In an interview broadcast Monday, Northam provided a fuller explanation of his handling of the crisis, set off Feb. 1 by the discovery of a photo on his 1984 medical school yearbook page of someone in blackface standing next to another person in a Ku Klux Klan hood and robe. Northam initially said he was in the photo, then denied it a day later, while admitting he wore blackface to a dance contest that same year.

Northam, 59, told “CBS This Morning” that he mistakenly took responsibility for the picture because had never seen the image before. Northam, who worked as a pediatric neurologist before entering politics when he was nearly 50, said: “When you’re in a state of shock like I was, we don’t always think as clearly as we should.” 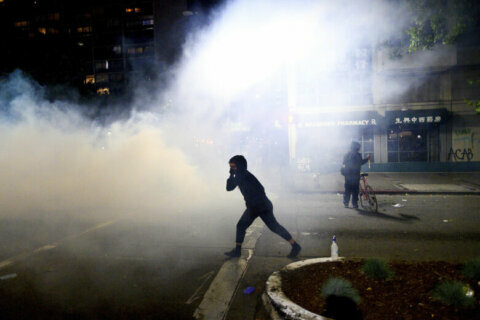 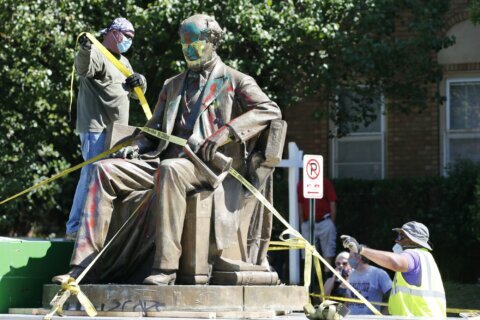