A spokeswoman for Virginia governor Ralph Northam said a reception to celebrate Black History Month has been moved from Wednesday to later this month while the administration is thinking through better ways to honor it.

RICHMOND, Va. (AP) — Virginia Gov. Ralph Northam’s administration has postponed a reception to celebrate Black History Month as the governor continues to deal with the fallout from a racist yearbook photo.

Northam spokeswoman Ofirah Yheskel said the reception has been moved from Wednesday to later this month. She said the administration is thinking through better ways to honor Black History Month. Black leaders said Monday that they would stage a large protest outside the reception.

Northam has ignored calls to resign. A photo of a man in blackface standing next to someone in Ku Klux Klan robes surfaced in his 1984 medical school yearbook. He denies he’s in the photo, but admitted to wearing blackface in 1984.

Virginia Legislative Black Caucus Chairman Del. Lamont Bagby says it would be “poor timing” to have the reception now. 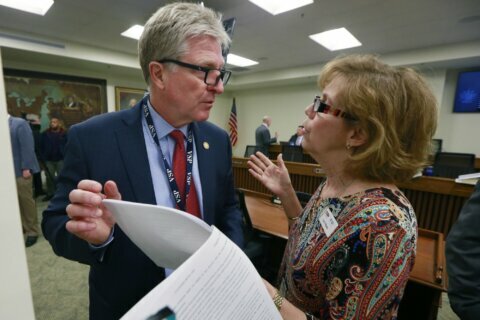