Warnings for deck safety after Va. family hurt in collapse 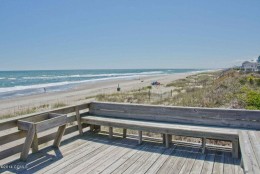 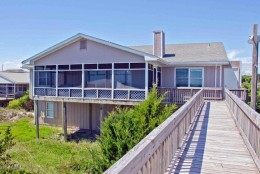 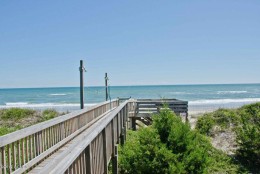 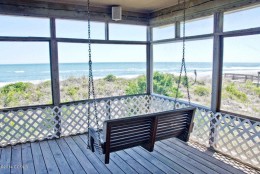 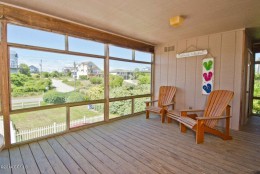 WASHINGTON — Twenty-four members of an extended Northern Virginia family are recovering after the deck of a North Carolina beachfront home collapsed as they were taking a family picture. Now, experts say there are lessons to protect other families.

Two of the family members were critically injured and others were seriously hurt when the 14-foot-high deck collapsed on the Fourth of July. Manager of the Town of Emerald Isle, North Carolina, Frank Rush Jr., says in a release it appears the old nails from the deck couldn’t take the weight. He says the deck was built in 1986.

“One of the things you can certainly ask about is when was the last time the structure was checked — whether it’s the deck or stairs or railings,” says Michael Beaudry with the North American Deck and Railing Association about rental agreements.

He says there are simple ways to check if a rental home deck is safe.

“Can you see, is there rotted wood? Are the metal connections rusted? Was there simply just nails holding it up instead of bolts,” he asks.

Beaudry says even a cursory check by someone who is not a professional inspector can find telltale signs the deck or railings are unsafe.

He says look for red rust on the nails or bolts — a sign of corrosion — and use a tool like a screwdriver to press into the wood and seewhether it’s rotted.

It’s not just decks on properties near the beach that you need to be concerned about, he says.

“Think about the mountains and ski areas. What do they put on the decks to get rid of the ice? Salt. Where we’d normally think it’s not as bad, it can be just as bad as if it were on the shoreline,” Beaudry says.

Codes differ, but in North Carolina, ordinances do not require periodic inspections of existing, occupied homes unless deficiencies or complaints are received, Rush says in the release. He notes the home in question did not have any documented complaints or deficiencies filed with the town.

Bluewater Vacation Rentals, who rented the home, issued this statement:

“Our thoughts and prayers are with the family and others for injuries received as a result of this horrible accident. We are asking everyone in this community for their prayers and support for the family. “