Ellen DeGeneres brought her nearly two-decade daytime talk show to an end Thursday with a celebrity lovefest and a forceful assertion of her achievement as a gay woman daring to be herself.
Listen now to WTOP News WTOP.com | Alexa | Google Home | WTOP App | 103.5 FM
(1/13) 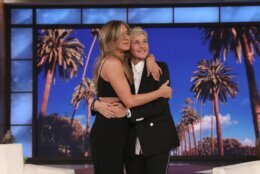 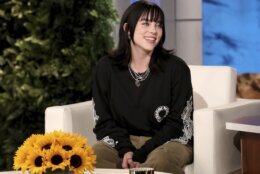 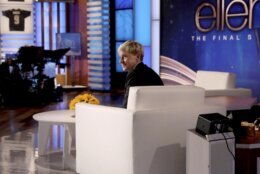 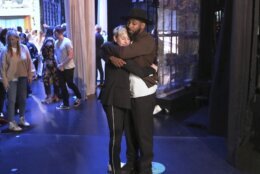 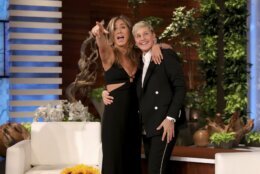 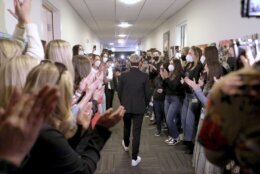 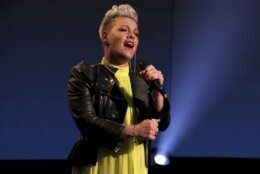 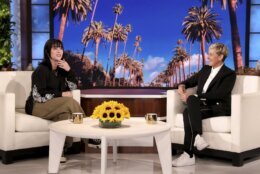 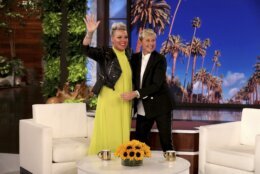 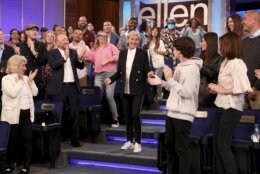 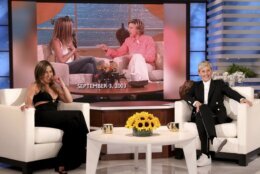 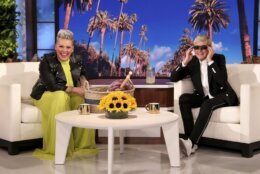 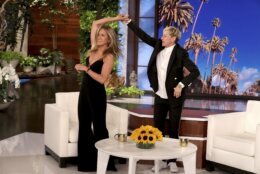 LOS ANGELES (AP) — Ellen DeGeneres brought her nearly two-decade daytime talk show to an end Thursday with a celebrity lovefest and a forceful assertion of her achievement as a gay woman daring to be herself.

DeGeneres and guests Jennifer Aniston, Billie Eilish and Pink shared memories and affection as “The Ellen DeGeneres Show” concluded its Emmy-winning, 3,200-plus episode run that began in September 2003.

“Twenty years ago, when we were trying to sell the show, no one thought that this would work. Not because it was a different kind of show, but because I was different,” DeGeneres said of the pushback from TV stations.

When the syndicated show went on the air, she was prevented from saying the word “gay” or even the pronoun “we,” DeGeneres said, since the latter would imply she had a partner. She didn’t specify who imposed the ban.

“Sure couldn’t say wife, and that’s because it wasn’t legal for gay people to get married — and now I say ‘wife’ all the time,” DeGeneres added, with a touch of defiance, as actor Portia de Rossi watched from the studio audience. They wed in 2008.

The host, who became known for encouraging her audience to join her in impromptu dances, shared some last moves with her sidekick and DJ, Stephen “tWitch” Boss, to the tune “Best of My Love.”

The dancer-choreographer saluted DeGeneres as someone who inspires others because she has “the courage to step out and be your authentic self.”

Aniston, who as the first guest on the show’s first episode gave DeGeneres a “Welcome” doormat, arrived with another that read, “Thanks for the memories.” DeGeneres noted the “Friends” star has been on the show a total of 20 times.

“I love you, and I so appreciate you and what you have given to the world over the last 19 years. The contribution is endless,” she said. She introduced a career retrospective video that also touted DeGeneres’ philanthropic efforts, said to include more than $400 million in donations to charities and “deserving viewers.”

“I love you,” a beaming Eilish told DeGeneres during their chat. “I love you so much, it’s dumb,” said Pink, who performed “What About Us.”

DeGeneres’ daytime reign hit a serious bump in 2020, when the show was alleged to be a toxic workplace and three producers exited amid the claims. On the air that fall, DeGeneres apologized for “things that shouldn’t have happened,” but defended herself as being the same genuine person — if an imperfect one — on- and off-camera.

The talk show represented a second major TV act for DeGeneres. In 1997, she made an indelible mark when she came out as lesbian and brought her character on the ABC sitcom “Ellen” with her. The series was axed the next year.

“Twenty-five years ago, they canceled my sitcom because they didn’t want a lesbian to be in prime-time once a week. And I said, ‘OK, then I’ll be on daytime every day,’” DeGeneres said Thursday.

The comedian, actor and producer has said she’ll take time to consider her next career move, but first she and de Rossi are making a trip to Rwanda. DeGeneres wrapped her daytime show with a plea to her audience, one she said was worth repeating.

“If I’ve done anything in the past 19 years, I hope I’ve inspired you to be yourself, your true authentic self. And if someone is brave enough to tell you who they are, be brave enough to support them, even if you don’t understand,” DeGeneres said. “By opening your heart and your mind you’re going to be that much more compassionate, and compassion is what makes the world a better place.” 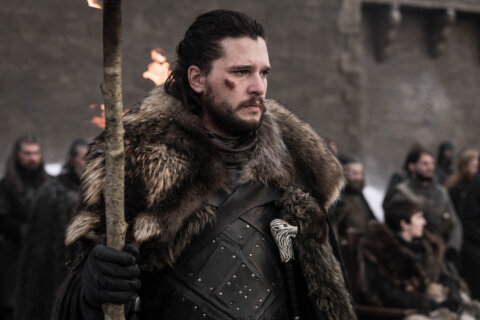 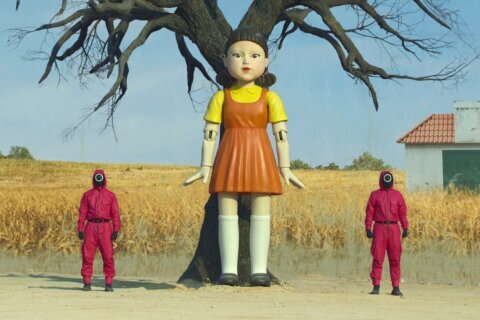 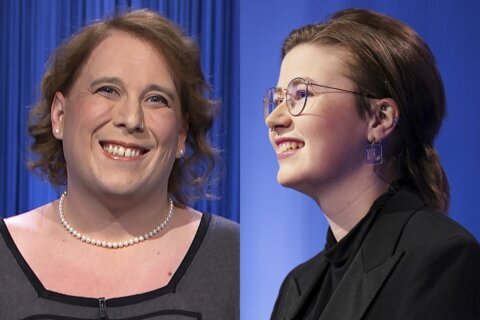