ESPN doubles down by expanding MegaCasts to NFL playoffs

ESPN's MegaCast treatment during the College Football Playoff is among their most ambitious productions during the year. The network is doubling down though by expanding it to the NFL playoffs.
Listen now to WTOP News WTOP.com | Alexa | Google Home | WTOP App | 103.5 FM

ESPN’s MegaCast treatment during the College Football Playoff is among their most ambitious productions during the year. The network is doubling down though by expanding it to the NFL playoffs.

Sunday’s NFL wild-card game between the Baltimore Ravens and Tennessee Titans begins the first of two straight days of MegaCasts. Monday’s matchup between Alabama and Ohio State will receive the immersive treatment for the seventh straight year.

Stephanie Druley, ESPN’s executive vice president for event and studio production, said the MegaCasts allow ESPN to expand their audience while serving as a testing lab for different production elements. It has also allowed them to identify future commentators during their “Film Room” broadcasts.

However, doing two “MegaCasts” in less than 36 hours creates plenty of production challenges.

“The biggest challenge would have been if both games were in the same stadium. The second biggest is what we ended up with,” Druley said. “We have our best people on both games. ESPN does a lot and people expect that. You look at the bulk of what is going on and it is incredible.”

The NFL game — which will have a MegaCast for the first time — will see coverage across six Disney networks. The traditional broadcast will be simulcast on ESPN and ABC with a Spanish-language feed on ESPN Deportes. ESPN2 will do the “Film Room” and Freeform will air a watch party, featuring a halftime performance by DJ Khaled.

The Freeform broadcast is similar to the watch party that aired on ESPN2 during the New Orleans-Las Vegas Monday night game this season.

All three of Sunday’s playoff games are getting some sort of extra treatment. Besides the the MegaCast, the 4:40 p.m. EST game between the Chicago Bears and New Orleans Saints on CBS will be simulcast on Nickelodeon and be geared toward kids. The 8:15 p.m. nightcap between the Cleveland Browns and Pittsburgh Steelers on NBC will also air on Telemundo and stream on Peacock.

The MegaCast might have also played a reason in why ESPN finally got a Sunday playoff game. This is the seventh year it had a wild-card game, but the past six have been the Saturday early game, usually the weakest matchup.

“To have a Sunday 1 p.m. game is great. It points to the power of the NFL more than anything. With six wild-card games (compared to four in previous years) it is a different dynamic,” said Ilan Ben-Hanan, ESPN’s senior vice president for programming and acquisitions. “Because of our experience in alternate broadcasts the NFL has been pleased with what we have been able to do.”

One of the more intriguing feeds will be from the “NFL Live” crew, which will be on both days. Sunday’s broadcast on the ESPN+ streaming service will feature a mix of analytics and gambling information from the “Daily Wager” show.

They will then appear on ESPN2 Monday. That broadcast will include analytics as well as NFL draft projections.

Marcus Spears said a couple practice broadcasts were done last month to get used to the pacing and assessing the strengths of the “NFL Live” crew..

“I’m looking forward to the camaraderie. There are some things we disagree on but it is a good way for everyone to see how we watch football during a game,” he said.

Monday’s MegaCast includes six ESPN networks and six additional presentations on the ESPN app. One element that will not be included this year is the “The Homers Telecast,” which paired one of ESPN’s announcers with a former player. They would call the game from the sideline.

Druley said ESPN usually has 1,100 people credentialed for the title game, but that is down to about 400 this year because of the pandemic.

Besides the MegaCasts, ESPN+ will debut two studio shows on Monday. “SportsNation” returns after being on hiatus since August 2018 while Stephen A. Smith gets his own show with “Stephen A’s World.”

“SportsNation”, which will feature Ashley Brewer, Treavor Scales and Taylor Twellman, will air at 9:30 a.m. EST. Smith’s show will be on Monday, Tuesday, Thursday and Friday nights.

“With the launches of these shows and adding our audio programs last year, we been able to expand the aperture and scope of the content we have,” said John Lasker, ESPN’s vice president of digital media programming. “We started with shows serving specific audiences but have started to add more studio content that serves various needs.”

‘The Office’ unveils never-seen footage to celebrate move to Peacock 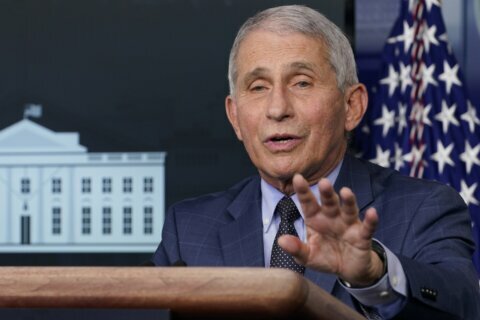