There's a lag in diversity in behind-the-camera jobs and among TV executives as measured by the yardsticks of race and gender, according to a new University of California, Los Angeles, study.
Listen now to WTOP News WTOP.com | Alexa | Google Home | WTOP App | 103.5 FM

The “Euphoria” star became the second Black winner in the category in five years, following Viola Davis’ drought-ending win for “How to Get Away with Murder” in 2015.

But such success contrasts with the lag in diversity in behind-the-camera jobs and among TV executives as measured by the yardsticks of race and gender, according to a new University of California, Los Angeles, study released Thursday.

“There has been a lot of progress for women and people of color in front of the camera,” Darnell Hunt, dean of the school’s social sciences division and the study’s co-author, said in a statement. “Unfortunately, there has not been the same level of progress behind the camera.”

That’s most notable in Hollywood’s executive suites, where little has changed since the UCLA study tallied the numbers five years ago, he said.

As of September 2020, the study found that whites held 92% of chair and CEO positions at TV networks and studios, with men filling 68% of those posts. Among senior executives, 84% were white and 60% were male. In 2015, the executive suites were 96% white and 71% male, which represents what Hunt calls “minimal change.”

That’s especially telling given the racial reckoning fanned by the police-connected deaths of George Floyd and other African Americans, according to Hunt. While media corporations have voiced support for the Black Lives Matter movement, their actions have failed to match their words, Hunt said in an interview.

This is despite the growing market share represented by consumers of color as they edge toward replacing whites as America’s majority, Hunt said Wednesday. According to the U.S. Census, the country in 2019 was 60% white and 40% people of color, with the latter figure projected to reach 53% by 2050.

“Hollywood has been trying to figure out how to acknowledge the relationship between diversity and the bottom line without fundamentally changing the way they do business,” he said. “If they were serious about reading the way the wind is blowing and where the market is going,” more executives reflecting that would be hired.

“But they haven’t done that,” he said, acknowledging a notable exception in Channing Dungey, who at ABC became the president of a major broadcast network, jumped to Netflix and this week was named chairman of the Warner Bros. Television Group. Dungey is Black.

Inclusivity also lags for those in offices outside the C-suite. In the 2018-19 season, people of color were, on average, 24% of credited writers and 22% of directors for all broadcast, cable and streaming episodes.

The underrepresentation of people of color in decision-making and creative positions means that ethnic characters’ storylines “may lack authenticity or will be written stereotypically or even ‘raceless,’” Ana-Christina Ramon, a co-author of the report, said in a statement.

Women, at slightly more than half the population, represented 28.6% of online series creators, 28.1% in broadcast and 22.4% in cable. While they made gains in those and most other on- and off-camera jobs, they remain underrepresented in nearly all.

The study, which examined 453 scripted broadcast, cable and online TV shows from the 2017-18 season and 463 such shows from 2018-19, found that people of color on-screen are collectively approaching proportional representation.

But the advances are lopsided when examined by ethnicity. African American actors have led the way in inclusion for more than a decade, Hunt said, while Latinos are consistently underrepresented, Native Americans have been “virtually invisible” and Asian American numbers ebb and flow.

Middle Eastern and North African inclusiveness has been on the rise.

“But we’re not saying anything about the quality of the images, because in some cases inclusion can be a bad thing for those groups because we’re taking about stereotypical images,” he said. “That’s another topic.” 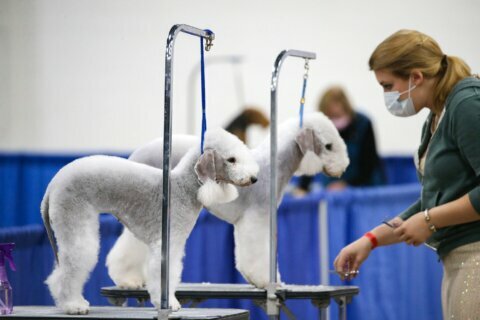 National Dog Show 2020: Here’s what to know and how to watch 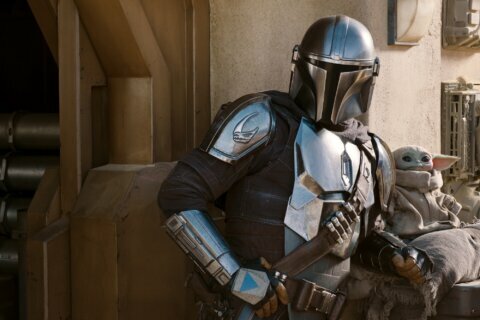 The spiritual mysteries of ‘The Mandalorian’