‘Bits and pieces’: Americans view impeachment on their terms 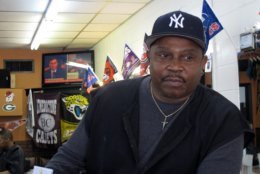 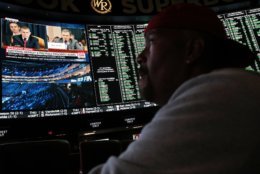 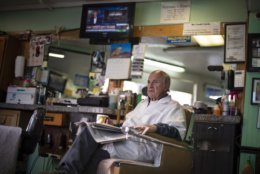 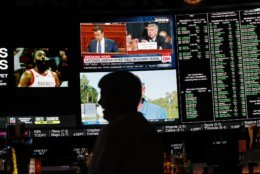 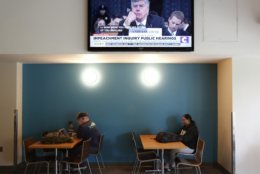 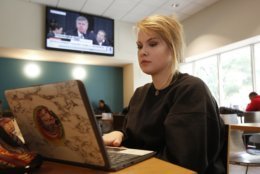 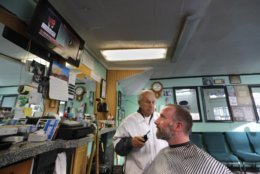 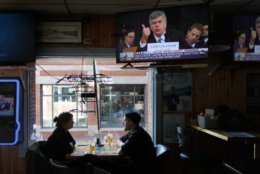 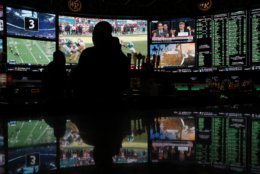 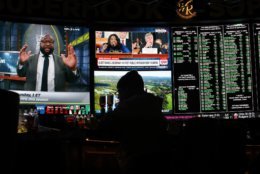 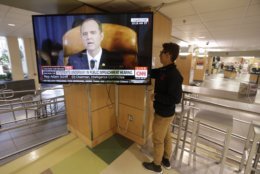 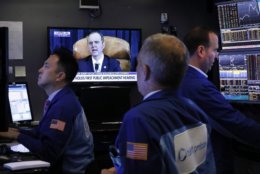 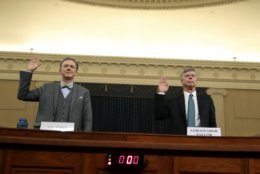 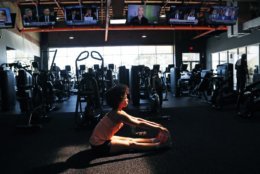 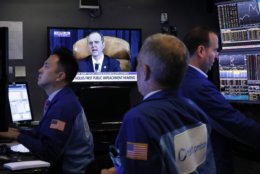 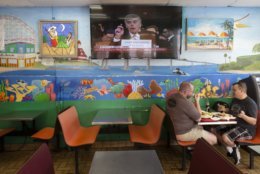 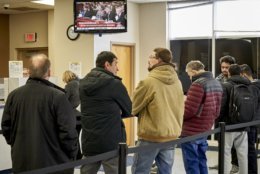 SIOUX FALLS, S.D. (AP) — Cattle rancher Jeffery Gatzke in South Dakota was listening in as he worked on his tractor in his workshop. The first public hearing on impeaching President Donald Trump is a political show, he thinks, but one he wanted to tune into.

Nadxely Sanchez, 18, watched on her phone, splitting her attention during a psychology lecture at Marquette University in Milwaukee. As a child of immigrants, she says she takes Trump’s presidency personally: “Living in the Trump era right now is scary and we’re just wondering what’s going to happen next.”

Randy Johnson, a 63-year-old semi-retired Tennessee man and Trump voter, cast his fishing line into the Gulf of Mexico from a seawall in St. Petersburg, Florida. He was happily missing the opening gavel. “Oh, is that today?” he said.

If Americans have devoured past live hearings in Washington, following each dramatic twist and turn, many seemed only to nibble and graze on Wednesday’s proceedings. They scanned headlines on their phones, read social media posts or clicked on snippets of video pushed out online. They planned to catch up with highlights or clips later, from a range of sources, and were content to let it play in the background.

The fractured and filtered way the country consumed the testimony — and all news — may have consequences. Democrats are hoping to use a series of hearings to tell a complex tale of overseas intrigue involving unfamiliar figures and a distant war. There were signs Wednesday that many Americans were falling back on their partisan allegiances, rather than diving into the details.

“I get bits and pieces,” said Bee Quarterman, a 64-year-old census worker in Savannah, Georgia. “Just enough to know what’s going on.”

As she walked into a barber shop for a lunchtime haircut, she glanced up at the hearing on the TV and said Americans should “just go to the ballot box” to settle whether Trump should remain in office.

House Democrats argue Trump abused his power when he solicited a political favor from the president of Ukraine and held up millions in foreign aid. Polls show more Americans support impeachment than oppose, although the partisan divide on the question is striking and consistent in the weeks leading up the hearings.

In putting two respected and measured U.S. diplomats on live television Wednesday, Democrats were hoping, if not for a national epiphany, then at least a day that would stand out from the partisan acrimony and circus-like atmosphere of Trump-era Washington.

“I don’t want to say it will be the tipping point, but I think it will be the beginning of a week or two where it will be very difficult for the president to change the subject,” said Adam Cutler, a Denver technology manager and Democrat who arranged to work from home so he could watch the day’s events.

Democrats’ goal is a shift in public opinion that mirrors 1973, when the nationally televised Watergate hearings helped sink President Richard Nixon’s approval ratings before his 1974 resignation from office.

But other recent examples offer Democrats less hope. Special prosecutor Robert Mueller’s testimony about his investigation into interference in 2016 election produced little change in Trump’s approval. Live hearings on accusation of sexual assault against Judge Brett Kavanaugh did not prevent his ascension to the Supreme Court.

For Gatzke, a 50-year-old farmer and rancher from Hitchcock, South Dakota, the Ukraine affair was just the Washington establishment’s latest attempt to thwart an outsider president.

“He is not one of them and they don’t like it,” he said, just before the hearings began. Gatzke caught as much as he could during his morning chores on the farm, before he had to load up cattle for the processing plant. His wife, Sheila Gatzke, watched, too, and fumed about what she claimed was testimony based on “hearsay,” a defense Trump has pushed and his Republican defenders on the committee echoed on Wednesday.

Christian Jacobs, 50, sat in a beach bar in St. Petersburg, wearing a fedora and reluctantly watching the drama on television.

“I did not want this,” he said, glancing at the TV with and sipping in a breath from his marijuana vape pen. A Democrat, he had initially balked at impeachment but has come around to it as details trickled out about Trump’s behavior with Ukraine.

“I’m so afraid, left to his own devices, what else he may do,” Jacobs said of Trump.

Jim Borelli’s response to the turmoil and conflict in Washington? Pray.

The 60-year-old attorney in the Kansas City suburb of Overland Park, Kansas, read his Bible at a coffee shop, part of his daily devotional, after listening to part of the hearing Wednesday morning.

One of the daily readings was a verse from the Book of Wisdom which he found “appropriate for today,” the Democrat said, noting that it reads in part, “for those in power a rigorous scrutiny impends.”

“I pray that our leaders exercise wisdom in the impeachment process,” he said.

He watched part of the hearing with his 95-year-old mother but said it’s hard to talk about politics with some people in the current environment.

In Baton Rouge, Louisiana, Bryant Randall, a freshman at Louisiana State University, didn’t like what he saw either. But that’s because the registered Republican found the Democrats’ case unpersuasive.

“All the witnesses who have come forward so far are saying, ‘I interpret this as a quid pro quo,’” Randall said. “I don’t care how you interpret it. I care about what the facts are.”

While Democrats control the House and likely have the votes to impeach Trump, they would need about 20 Republican senators to vote to convict him of high crimes and misdemeanors before he would be removed from office.

That’s tempered some Democrats’ hopes of what they can achieve in the impeachment inquiry.

Pilar Esperon waited for a train in Boston’s South Station Wednesday, with a nearby television turned to the hearing. Few were watching.

Esperon, who works in real estate in New York City, was scrolling through the news coverage on her phone. She said she already believes Trump committed an impeachable offense.

“So all you’ll get is a lot of posturing by a lot of people in front of the camera,” the Democrat said. “I don’t think anything will really move the needle.”

At the University of Cincinnati students took refuge from the cold in the warm library and its Starbucks stand. Math majors Mary Tabor, 20, of Louisville, Kentucky, and Olivia Fenner, 23, of Cincinnati were studying together and both said they’d catch up on impeachment developments at night with non-traditional news shows.

Fenner is a fan of YouTube star Philip DeFranco, who talks about pop culture with news.

“It’s entertaining,” she explained. “But I still get my news; I know what’s going on. It’s a better outlet for me.”

In Portland, Maine, psychiatric nurse Seth Morrill says he and his friends are interested and talking about the impeachment, and he planned to watch clip later. He’s become skeptical of how such events are spun by the media.

“I like to watch for myself and digest it for myself rather than have other people give me the information,” the Democrat said.

“I know it’s important. It’s significant for the county. I just feel like maybe I can get the information other ways,” he said. “It’s not something I felt that I needed to carve out time for.”

Signs of Washington fatigue are easy to find.

At the Holmes II barber shop in Savannah, live impeachment broadcast was showing Wednesday on three TVs. Barbers and their customers barely seemed to look up as they talked about NFL football and new phone apps.

Owner Anthony Harris, has cut hair at the shop since it opened in 1994, said he’s not surprised people are tuning out impeachment.

“It’s kind of monotonous. He’s on the news every day, all day, for all kinds of things,” said Harris, a 56-year-old independent who leans Democratic. “It’s gotten to the point now where people are even tired of listening.” 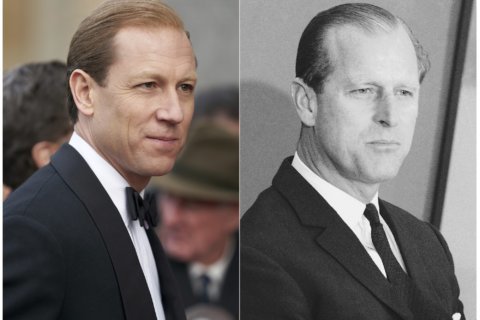 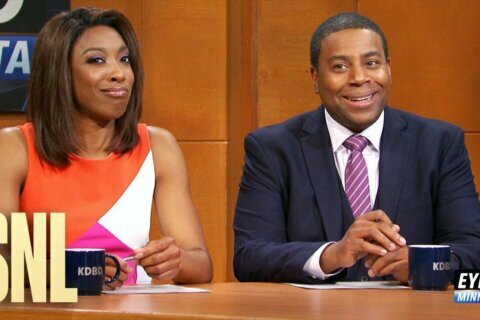 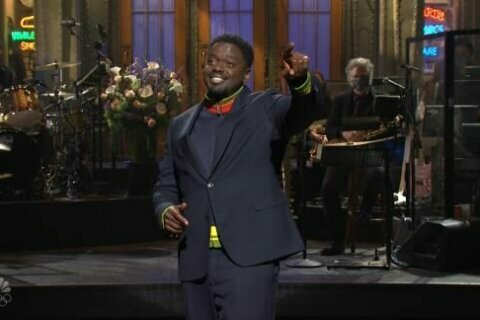