NEW YORK (AP) — Lester Holt laughed when his colleagues proposed that he spend a couple of nights locked up in the Louisiana State Penitentiary for an NBC News report on criminal justice reform.

“At first, I was like, ‘it’s dangerous,'” Holt said. “This is one of the most notorious prisons of the world, and you want to lock me up? What about safety?”

It also had the whiff of a stunt that could overshadow serious intentions. Instead, the sobering trip frames Friday’s “Dateline NBC” report about 1990s-era “tough on crime” legislation and what it has meant for society today. The show is repeated Sunday night on MSNBC, along with a Holt-moderated town hall meeting from inside another well-known prison, New York’s Sing Sing.

Holt gained access to the sprawling Louisiana prison known as “Angola” because the desire to confront these issues coincided with Gov. John Bel Edwards’ attempts to lower the population inside his state’s facilities. As Holt rode a prison bus to the 28-square mile (72-sq. kilometer) former plantation that houses some 5,500 inmates, he reflected on how many people took the same ride knowing they might never return.

For two nights, he slept in a cell in Angola’s death row, alongside prisoners who were locked inside except for an hour a day of recreation in the prison yard. The man in the cell next to him hadn’t been outside in four years.

“The only time I did feel perfectly safe was inside my cell with the door locked,” Holt said.

He felt far less safe riding in an open-air vehicle, back-to-back with convicted murderers, to a work assignment picking carrots. For a black journalist, it was hard to escape the symbolism of working in a field with mostly black inmates, as white corrections officers on horseback watched them.

The number of older people he saw in prison was particularly striking to Holt. The show follows two longtime inmates as they find whether or not they will be paroled. He also spoke with a terminally ill prisoner who died before NBC’s special could be aired.

“Intellectually I understood that there would be guys who are old,” he said. “But when you see guys in their 70s and 80s, it kind of raises the idea of why are they still here? Obviously, they committed a horrible crime when they were younger. Is prison supposed to be a punishment? Rehabilitation? Making us safer? In Louisiana, they decided it wasn’t making them safer.”

He spoke to a young prisoner, about age 21, who faced spending the rest of his life in prison.

“It taught me a lot about our abilities as human beings to adapt,” Holt said, “because you look at it and think there’s no way I could do that without going crazy. But people figure it out. Prison is its own society and people figure out their own role.”

Holt said he’s had a special interest in criminal justice issues since witnessing an execution in Illinois in 1995. He teamed with veteran producer Dan Slepian, who has made a specialty of investigating cases of people falsely convicted of committing a crime. At Sunday’s town hall from Ossining, New York, featured guests include singer John Legend and former U.S. Attorney General Loretta Lynch. A man recently released from Sing Sing returned there for the town hall to talk to current inmates about life on the outside.

“What I hope people do is take some time to watch and learn about this,” Slepian said. “Before people are so quick to say, ‘lock ’em up and throw away the key,’ learn about the effect it is having on you — not them.”

It was important to cover the issue from many different angles and deliver perspectives that viewers may not have considered, said Rashida Jones, senior vice president for specials at NBC News.

Holt said he had no intention of pushing a certain point of view.

“All we advocate is the truth,” he said. “When you do these stories, it’s not necessarily with the intent of getting someone out of prison. You’re there to provoke conversations and thought, to allow people to see things as they are and make decisions from there.” 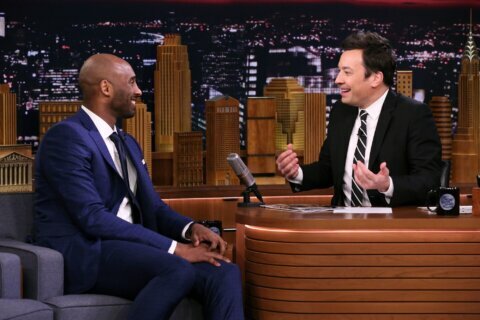 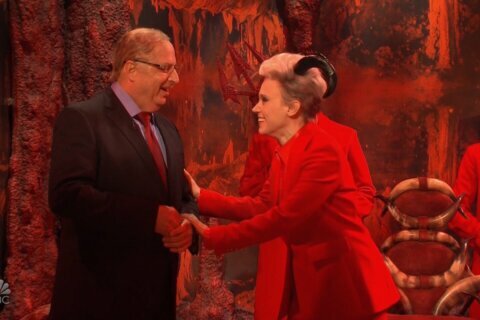 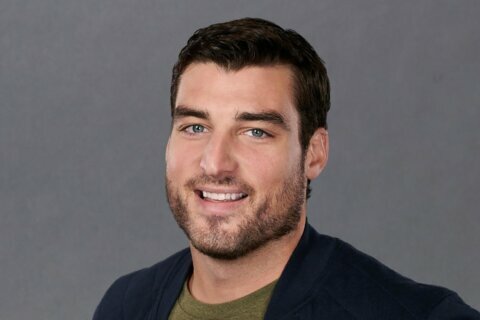