WASHINGTON (AP) — Sherlock Holmes is finally free to the American public in 2023.

The long-running contested copyright dispute over Sir Arthur Conan Doyle’s tales of a whipsmart detective — which has even ensnared Enola Holmes — will finally come to an end as the 1927 copyrights expiring Jan. 1 include Conan Doyle’s last Sherlock Holmes work.

Alongside the short-story collection “The Case-Book of Sherlock Holmes,” books such as Virginia Woolf’s “To The Lighthouse,” Ernest Hemingway’s “Men Without Women,” William Faulkner’s “Mosquitoes” and Agatha Christie’s “The Big Four” — an Hercule Poirot mystery — will become public domain as the calendar turns to 2023.

Once a work enters the public domain it can legally be shared, performed, reused, repurposed or sampled without permission or cost. The works from 1927 were originally supposed to be copyrighted for 75 years, but the 1998 Copyright Term Extension Act delayed opening them up for an additional 20 years.

While many prominent works on the list used those extra two decades to earn their copyright holders good money, a Duke University expert says the copyright protections also applied to “all of the works whose commercial viability had long subsided.”

“For the vast majority—probably 99%—of works from 1927, no copyright holder financially benefited from continued copyright. Yet they remained off limits, for no good reason,” Jennifer Jenkins, director of Duke’s Center for the Study of the Public Domain, wrote in a blog post heralding “Public Domain Day 2023.”

That long U.S. copyright period meant many works that would now become available have long since been lost, because they were not profitable to maintain by the legal owners, but couldn’t be used by others. On the Duke list are such “lost” films like Victor Fleming’s “The Way of All Flesh” and Tod Browning’s “London After Midnight.”

1927 portended the silent film era’s end with the release of the first “talkie” — a film with dialogue in it. That was “The Jazz Singer,” the historic first feature-length film with synchronized dialogue also notorious for Al Jolson’s blackface performance.

In addition to the Alan Crosland-directed film, other movies like “Wings” — directed by William A. Wellman and the “outstanding production” winner at the very first Oscars — and Fritz Lang’s seminal science-fiction classic “Metropolis” will enter the public domain.

Musical compositions — the music and lyrics found on sheet music, not the sound recordings — on the list include hits from Broadway musicals like “Funny Face” and jazz standards from the likes of legends like Louis Armstrong and Duke Ellington, in addition to Irving Berlin’s “Puttin’ on the Ritz” and “(I Scream You Scream, We All Scream for) Ice Cream” by Howard Johnson, Billy Moll and Robert A. King.

Duke’s Center for the Public Domain highlighted notable books, movies and musical compositions entering the public domain — just a fraction of the thousands due to be unleashed in 2023.

— “The Gangs of New York,” by Herbert Asbury (original publication)

— “Death Comes for the Archbishop,” by Willa Cather

— “The Big Four,” by Agatha Christie

— “The Case-Book of Sherlock Holmes,” by Arthur Conan Doyle

— “Men Without Women,” by Ernest Hemingway

— “Now We Are Six,” by A.A. Milne with illustrations from E.H. Shepard

— “The Bridge of San Luis Rey,” by Thornton Wilder

— “To The Lighthouse,” by Virginia Woolf

— “The Battle of the Century,” a Laurel and Hardy film directed by Clyde Bruckman

— “The Lodger: A Story of the London Fog,” directed by Alfred Hitchcock

— “Wings,” directed by William A. Wellman

— “(I Scream You Scream, We All Scream for) Ice Cream” (Howard Johnson, Billy Moll, Robert A. King)

Man crushed to death under outdoor urinal in London 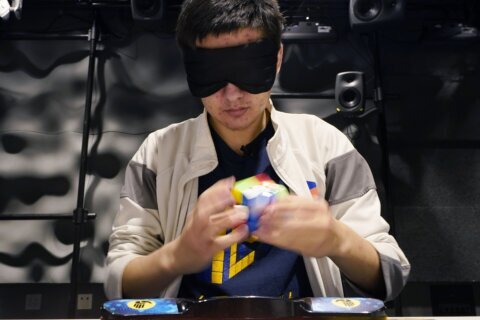 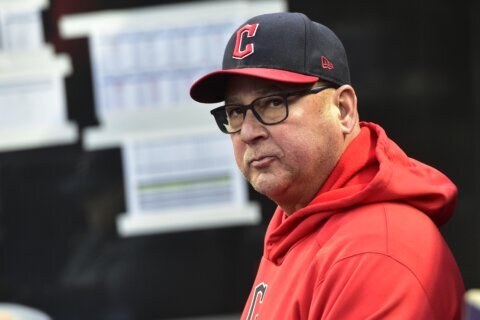