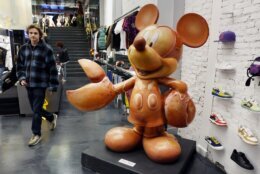 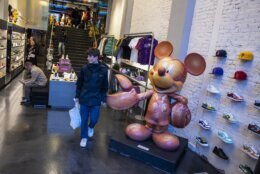 BOSTON (AP) — A long-forgotten, and somewhat unsettling, statue of Mickey Mouse with giant lobster claws for hands has found its way back to Boston.

The 700-pound statue was last seen in the city nearly two decades ago at Quincy Market where it entertained tourists and shoppers — before slipping out of sight and into city lore after it was sold in 2005 at an auction organized by Disney.

In the interim, references to the 6-foot tall “Lobsta Mickey” appeared on Atlas Obscura, a website for oddball landmarks, and in a “Zippy the Pinhead” comic strip from 2019.

Still, the statue itself — one of 75 Mickey Mouse-inspired sculptures commissioned by Disney for the cartoon character’s 75th anniversary — remained elusive.

That’s until Deon Point, creative director for the Boston sneaker store Concepts, became fixated on tracking down the creation. Concepts collaborates with Nike on a line of lobster-themed sneakers.

Point told The Boston Globe that he spent five years following online threads before finally spotting a listing for the mouse/crustacean relic on eBay.

The statue had found its way to a New Jersey lawn, but was in need of some repairs. It was discolored, split in sections and its concrete foundation had begun to crumble.

Point hired a local artist to refurbish and repaint the statue.

The day before Halloween, “Lobsta Mickey” made its second public debut in the city, when it was set up on Concepts’ Newbury Street showroom floor.

“People were a little terrified,” Point told the Globe, referring of the customer response. “People think we created this thing, which, of course, we didn’t.”

Point said he plans to keep “Lobsta Mickey” on display through the holidays, before finding a new, long-term home somewhere within Boston. 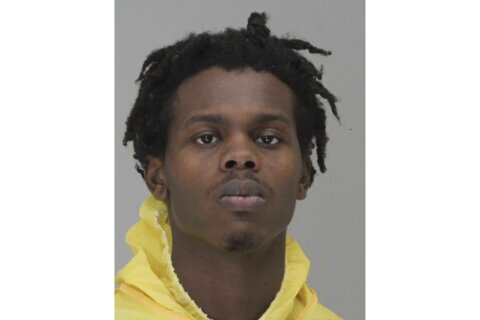 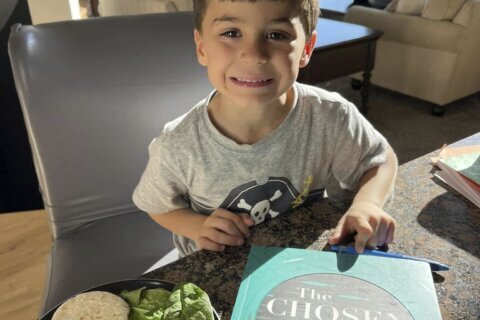 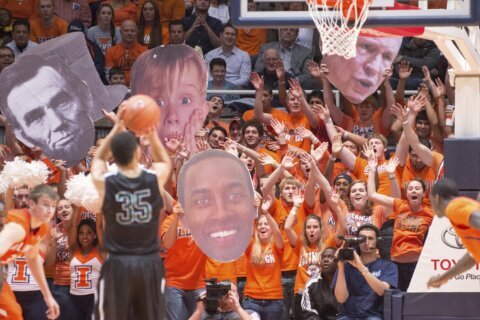