NEW YORK (AP) — Trillions of insects migrate across the globe each year, yet little is known about their journeys. So to look for clues, scientists in Germany took to the skies, placing tiny trackers on the backs of giant moths and following them by plane.

To the researchers’ surprise, the moths seemed to have a strong sense of where they were going. Even when the winds changed, the insects stayed on a straight course, the scientists reported in a study published Thursday in the journal Science.

“For many, many years, it was thought that insect migration was mostly just dictated by winds, and they were blowing around,” said lead author Myles Menz, now a zoologist at James Cook University in Australia.

It’s been tough for scientists to get a close look at how insects travel, in part because of their small size, Menz said. The kinds of radio tags used to follow birds can be too heavy for smaller fliers.

But transmitters have gotten tinier. And it helps that the death’s-head hawk moth is huge compared to other insects, with a wingspan up to 5 inches (127 millimeters).

The iconic species — dark colored with yellow underwings and skull-like markings — was able to fly well with the tiny tracker glued to its back, said Martin Wikelski, a study co-author and migration researcher at Germany’s Max Planck Institute for Animal Behavior.

The moths are thought to migrate thousands of miles between Europe and Africa in the autumn, flying by night.

For the study, researchers released tagged moths in Germany in the hopes they’d start flying on their migration path toward the Alps.

Wikelski, the study’s pilot, took off in his plane, circling the area and waiting for any moths on the move. If he did pick up a signal from a tiny traveler, he would follow its radio blips for hours at a time.

“The little moth is guiding you,” he said.

The researchers followed the flight paths of 14 moths, with their longest track around 56 miles (90 kilometers).

Not only did the moths fly in straight lines, but they also seemed to work around wind conditions, Menz said, flying low to the ground when the winds were against them, or rising up to catch a helpful tail wind.

Though the number of moths tracked was fairly small, getting any close-up look at insect migration is significant, said Ryan Norris, an insect and bird migration researcher at the University of Guelph in Canada, who was not involved in the study.

“I was surprised at how far they could track them,” Norris said. “And it certainly is surprising that individual moths stay on this straight trajectory.”

Man charged with smuggling pythons in his pants at US border 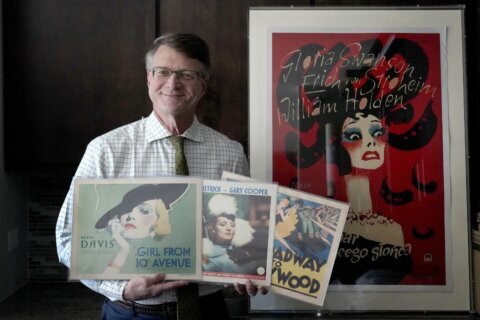