BOSTON (AP) — The Prince of Darkness is apparently looking for a date on the Boston subway system.

A 20-year-old woman approached transit police at the Massachusetts Bay Transportation Authority’s Forest Hills station at about 10:45 p.m. Monday to complain about an encounter with a man dressed all in black, including a mask covering his entire face and his hood drawn tight, police said on their website.

The woman told police the man typed something on his phone and extended his arm across to her, displaying a message that said “I am Satan,” then stared at her.

The woman said the encounter frightened her, so she pointed out “Satan” to police.

The 22-year-old man told officers he was only flirting and trying to be funny, and said “I was going to try and get her number.”

He was told that his actions were not humorous and was ejected from the station. The woman was escorted by police to her destination.

No names were released. 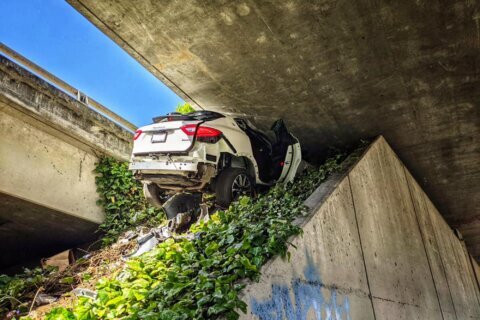