LOGANSPORT, Ind. (AP) — A northern Indiana man whose cash-filled wallet was accidentally thrown out got it back last week after a crew waded through tons of trash and found it, wet and smelly, near the bottom.

Logansport resident Robert Nolte said his wallet ended up in the trash Thursday when he asked a friend to throw out a pair of green camouflage pants that were covered in white paint. After his trash was hauled away, Nolte realized his wallet was missing and that it had been in the discarded pants.

At his wife’s urging, he called a city code enforcement officer, Johnny Quinones, and explained the situation.

“I originally told the caller that there would be no way to find it,” Quinones told the (Logansport) Pharos-Tribune.

Quinones nonetheless worked with a crew from trash-hauler Republic Services to search for the pants after determining which driver had collected Nolte’s trash. They made their way through 9 tons (8 metric tons) of garbage dumped onto a concrete slab, looking for the pants, which Nolte’s friend had rolled up and placed, unbagged, on top of Nolte’s trash.

They eventually discovered the pants at the bottom of the trash pile, with the cash-filled wallet still in one of its pockets. Quinones thanked Republic Services for allowing the search then summoned Nolte, turning the wallet over to him.

“It smelled a little bad and it was a bit wet, but I can buy another wallet,” said Nolte, who had made a trip to the bank before his wallet went missing.

“I took out a $100 bill to give to Johnny for finding my wallet. He refused it. Johnny, being the nice guy that he is, wouldn’t take the money,” Nolte said. “He just said, ‘God will do me better down the road.’” 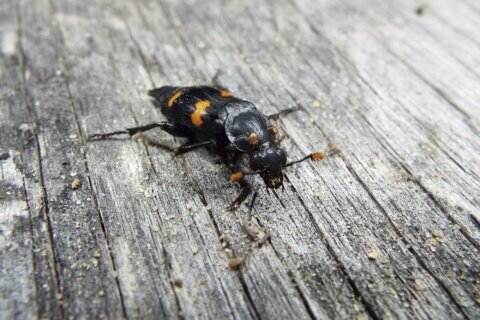 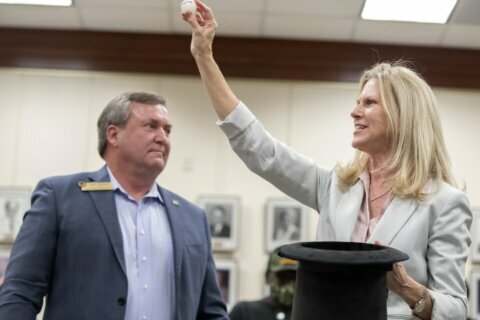