Virginia may extend 95 Express Lanes on I-395

ARLINGTON, Va. — Virginia could announce plans to extend the 95 Express Lanes along Interstate 395 to near the D.C. line by the end of the year, Virginia Transportation Secretary Aubrey Layne says.

Layne tells WTOP that negotiations have advanced since Gov. Terry McAuliffe disclosed on WTOP’s Ask the Governor program in July that the state was “exploring” extending the High Occupancy Vehicle or toll rules toward D.C.

Currently, the Express Lanes northbound end is on I-395 just inside the Capital Beltway, where the old HOV lanes pick up following traditional rush-hour HOV rules. Drivers who do not meet HOV requirements when the rules are in effect are required to use the regular lanes on I-395 between Landmark Mall and the District.

“We continue to work with our partners there, and on the southern end also where we have the backup, and we’re working through those and hope the governor will have an announcement on that sometime later this year,” Layne says.

When the lanes are pointed southbound, both the Express Lanes and the regular lanes regularly back up for miles at the merge in Stafford County.

Layne did not disclose specifics of the plans for either end of the lanes since they are still under negotiation, but McAuliffe has told WTOP that the changes at the northern end would likely lead to the rules for the I-395 HOV lanes more closely mirroring the rules in the existing 95 Express Lanes.

That could mean drivers outside of rush hour who currently take advantage of the HOV lanes for a free trip would instead have to either have three people in the car or pay a toll.

The Express Lanes are high occupancy or toll lanes. They allow vehicles with three or more people to travel free with an E-ZPass Flex while cars with fewer passengers can use the lanes if drivers pay a toll. The toll rises to discourage congestion as more vehicles enter the lanes.

Along with the existing 495 Express Lanes, there also are plans to add similar HOT lanes along Interstate 66.

“This region would be the first in the country that would have a coordinated HOT lanes network to get all the way around Northern Virginia,” Layne says.

Asked whether all significant projects in the state will now include tolling proposals as opposed to traditional public financing of roads that can be used for free, Layne said that “very expensive projects” on “major arteries and interstates” will require other funding streams such as tolls.

The Commonwealth Transportation Board is considering whether to fund the segment of the changes on I-66 outside the Beltway through more traditional public financing or through a public-private partnership. Either scenario would include toll lanes. Separate but related plans would change I-66 inside the Beltway to a HOT lane system in both directions during rush hour. 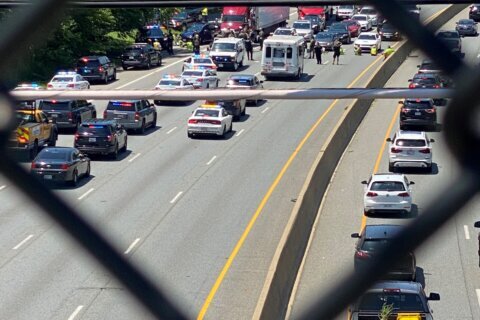 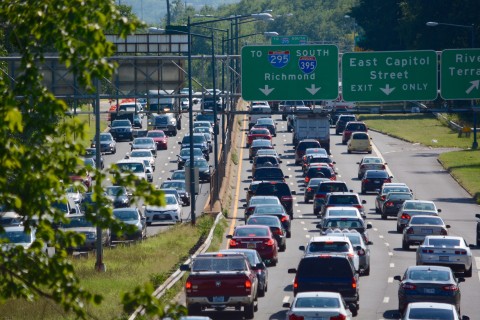