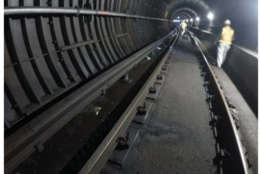 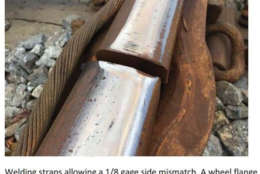 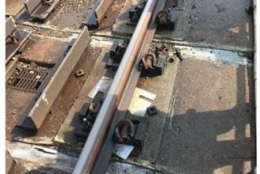 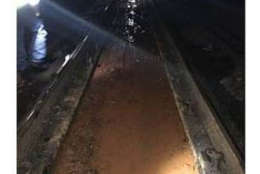 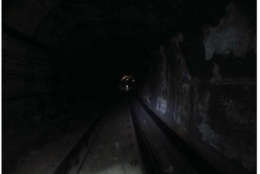 Inspectors found failing fasteners in four stretches of the Red Line in early March that rose to what Metro calls a “black-level defect” that should lead to the track being taken out of service for repairs. In another area Feb. 28, the Federal Transit Administration inspector found mismatched pieces of rail that posed a risk of derailment.

Between McPherson Square and Foggy Bottom on the Orange, Blue and Silver Lines, inspectors found another black-level problem Mar. 7 that they had warned about before. What had been a problem with two fasteners had progressed to a problem with five.

Overall, the inspectors noted significant improvements in some areas over the last 18 months, even if Metro still has a long way to go.

The inspection reports for February and March released on Friday found problems continue with some train operators speeding past crews on the tracks, repeated pooling of water near cables, power cables that are lying on the ground or missing seals that keep out dirt and grime, some tunnels that are still far too dark and emergency exit paths that are blocked by cables or debris.

On Feb. 1, inspectors found “numerous” issues with the rails between Rockville and Twinbrook and a series of previously identified issues that had yet to be repaired.

Generally the inspection reports praised work in round-the-clock work zones, while also noting that the work scheduled could not address all of the issues in the areas, such as the deteriorating station platform at King Street-Old Town.

On the Blue Line though, between Franconia-Springfield and Van Dorn Street, inspectors found that power cable and other issues identified in December had yet to be addressed two months later.

Of the 1,211 specific fixes FTA inspectors have directed Metro to make since Oct. 2015, 550 have not been completed.

In round-the-clock work zones, Metro still has open actions for each surge going back to the original work zone that began last June.

Metro has proposed 87 larger corrective action plans to respond to more systemic issues. Of those, 71 have been accepted by the FTA. There are 109 plans that are past due, and 72 that are not due yet.

On May 17, the FTA accepted a series of corrective action plans meant to address issues with Metro’s power system.

This week, the FTA ordered Metro to revise three of its 11 proposed plans to address the rising number of trains running red signals across the system.

On the Green Line in March, inspectors found emergency evacuation maps from 1997 had not been removed from six stations. Anacostia had no current evacuation maps.

If riders did need to evacuate a train, inspectors found several instances of cables blocking walkways or handrails, and one instance of live wires exposed in a tunnel simply ending in basic electrical caps.

Metro has made changes on the Green Line where trains are believed to be shaking homes in the Petworth area.

Federal inspectors had suggested the shaking might have been caused by wear on fasteners from water leaks and the way the rails are structured in the area. Metro has installed hoses there to guide leaking water toward drains. Inspectors found other leaks have been repaired and drains in the area have been cleaned out.

As of that inspection in February, Metro was also working to smooth the rails in the area.

Elsewhere in the system, inspectors found many more leaks that still need to be repaired in areas like the Red Line between Friendship Heights and Grosvenor.

“Inspectors noted significant improvement in the condition of the fasteners and the drainage in the tunnel following the track quality improvement program shutdowns in January of 2017. WMATA should ensure that it continues to prioritize drainage in the area,” a Feb. 28 report said

Metro has had crews digging out drains and making other fixes nearly every night in the area between Metro Center and Medical Center since last year, but there are still areas of standing water, clogged drains and muddy conditions.

Additional water and cable issues were found along the Blue, Orange and Silver Line tracks near Smithsonian, Eastern Market and Stadium-Armory.

Inspections of the Rail Operations Control Center found more consistent use of standard radio procedures, but the controllers still have so much going on that work crews can be delayed getting onto the tracks.

In one instance, an inspection team was only able to cover one track rather than two in between the morning and afternoon rush hour because the crew could not immediately get permission to access the tracks.

Inspectors found sporadic instances where radio communication protocols were not completely followed by Metro workers trying to communicate to the rail control center or where radio transmissions were not clear.

Metro leaders are due to provide an update next week on their plans to improve the troubled control center and broader radio communication issues.