Home » The Vision to Heal® » Interventional radiology gets ‘patients…

Through a small puncture in the body — often in the wrist or groin — interventional radiologists can treat a wide range of conditions using imaging technology.

Caitlin Lander was a junior in nursing school, rehearsing for “A Midsummer Night’s Dream,” when she started to experience some discomfort in her leg. At first, the active young adult chalked it up to a pulled muscle, but when her leg started to swell and change colors, she feared it was something worse — and it was.

Lander learned she had deep vein thrombosis (DVT) — a potentially fatal blood clot that forms in a vein deep in the body. In Lander’s case, the clot was in her pelvis, a result of May-Thurner syndrome, which is when the left iliac vein is compressed by the right iliac artery.

The doctors tried to remove the blood clot from the vein and open it but were not successful, so Lander was sent home with blood thinners and no clear understanding of a future course of care.

“And really, that was the only explanation I was given: You have a blood clot, and this is what you’re going to have to live with the rest of your life,” Lander said.

For six years, Lander wore compression stockings and continued to take medication. And for the most part, her quality of life remained intact. She trained for half and full marathons and had a baby — all with minimal swelling. But after her second child, Lander said her symptoms worsened, so she decided to learn more about treatment options for May-Thurner syndrome.

“I work as a nurse, I’ve worked in the [catheterization laboratory], and even still I had a hard time getting access to people who knew what May-Thurner [syndrome] was,” Lander said.

Her unsuccessful attempts to treat her increasingly uncomfortable and often disabling condition, known as post thrombotic syndrome, led her to an online support group. It was there where Lander met Dr. Deepak Sudheendra (aka Dr. Sudi), an interventional radiologist and director of the Comprehensive Venous Program at the Hospital of the University of Pennsylvania.

They talked on the phone, and Lander decided to make the trip to Philadelphia for a minimally invasive interventional radiology treatment.

Through a small puncture in the body — often in the wrist or groin — interventional radiologists can treat a wide range of conditions using imaging technology. In short, they navigate thin tubes called catheters through the body’s blood vessels to deliver treatment. In the case of DVT, interventional radiologists use this method to break up a clot and open a vein with a stent so the leg can drain properly.

Dr. Sudi said within four to six months after the minimally invasive treatment known as deep venous recanalization, most DVT patients have a significant improvement in their quality of life. Many patients and physicians are unaware that post thrombotic syndrome can be improved.

“I think patients are often confused as to where to seek help,” Dr. Sudi said.

Thirteen years after Lander was diagnosed with DVT, she was finally treated for her May Thurner syndrome. Four months after the treatment, Lander said she was back up to running 6 miles, four days a week — something she hadn’t been able to do for years, due to pain and swelling.

“It can be done, you just have to be your own advocate for your best care as a patient, because ultimately you know your body the best … and it’s not a bad thing to seek a second opinion, or third or fourth or fifth,” Lander said.

Dr. Sudi added, “Treating post thrombotic syndrome is not just about improving quality of life from a symptom standpoint, but also about getting patients back on their feet so that they can contribute to society again, working again and standing again, and all the things that we take for granted.” 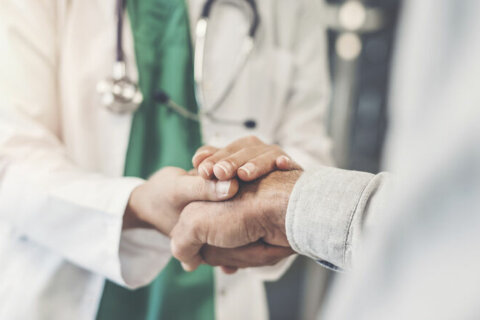 When interventional radiologists and other physicians team up, patients receive ‘the pinnacle’ of personalized care 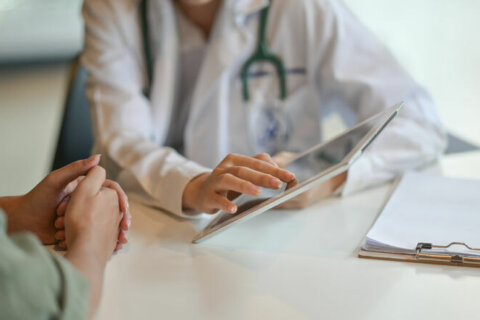 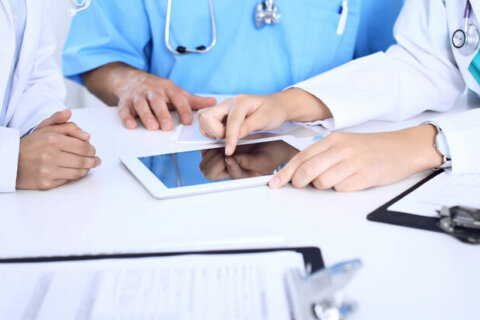