Two All England Club officials defended during a news conference Tuesday the “intensely tough and agonizing decision” to bar players from Russia and Belarus from Wimbledon this year because of the invasion of Ukraine.

Citing the club’s “responsibility to play our part in limiting the possibility of Wimbledon being used to justify the harm being done to others by the Russian regime,” Chief Executive Sally Bolton said, “we believe that this decision is the only viable option for Wimbledon.”

As much as Bolton and All England Chairman Ian Hewitt touted Wimbledon’s return to “normal” this year — a word they used repeatedly, mainly with regard to COVID-19, during a briefing about a tournament that begins June 27 — the questions and answers about the historic Russia policy dominated Tuesday’s session with the media.

Among the prominent players affected by the ban announced last week are reigning U.S. Open champion Daniil Medvedev, who recently reached No. 1 in the rankings and is currently No. 2; No. 8 Andrey Rublev; No. 4 Aryna Sabalenka, a Wimbledon semifinalist last year; Victoria Azarenka, a former No. 1 who has won the Australian Open twice; and Anastasia Pavlyuchenkova, the French Open runner-up last year. Medvedev, Rublev and Pavlyuchenkova are from Russia; Sabalenka and Azarenka are from Belarus.

After Russia attacked Ukraine in February — with help from Belarus — tennis players from Russia and Belarus were able to continue competing but as “neutral” athletes not formally representing their nations. Russia’s athletes were prevented from participating in several other sports; its national men’s soccer team, for example, was kept out of the World Cup qualifying playoffs for the tournament in Qatar later this year.

The WTA and ATP tennis tours publicly criticized the All England Club’s decision and reportedly have considered threatening to not award rankings points for Wimbledon. Bolton would not directly address that possibility, but she said there are discussions with the tours “on a day-to-day basis at this point.”

“We think they understand what a challenging position we’re in,” Hewitt said.

In outlining “the factors behind this intensely tough and agonizing decision” in what Hewitt called “an extreme and exceptional situation,” he and Bolton emphasized the role of the British government’s guidance about limiting Russia’s influence.

“We recognize that whatever decision we took, we’ll be setting a precedent,” Bolton said. “We made our judgement in the context of the scale of the response to an international war, the consequences of which reach far wider than the sport of tennis. We appreciate that this is an immensely difficult decision on which people have different views, which we respect and we understand, and we are deeply regretful of the impact that this will have on every single player who is affected.”

Asked about the possibility of allowing players from Russia or Belarus to enter Wimbledon if they submitted a written declaration distancing themselves from Russian President Vladimir Putin — as proposed by British Sports Minister Nigel Huddleston — Hewitt said: “There would still be the serious risk of participation and success of players being used to support the propaganda machine of the Russian regime. And we know that they do have a history of using sport to advance their cause. And that is a serious matter for us which we could not accept Wimbledon being part of.”

The All England Club said fans from Russia and Belarus can attend Wimbledon, but media from those countries will not receive credentials. No decision has been made about Russian and Belarusian coaches or other support staff who work with players from other nations.

— Defending champion Novak Djokovic and other unvaccinated players will be allowed to compete at Wimbledon, because the British government does not require visitors to have gotten the shots.

— Restrictions on crowd size and other steps taken in 2021 when the tournament returned after being canceled in 2020 because of the pandemic will disappear. “We’re planning to return to a normal championships this year,” Bolton said, “and so we don’t intend to implement any of the COVID-19 measures that we saw last year in any substantial fashion.”

— With scheduled matches held on the tournament’s middle Sunday for the first time, Wimbledon no longer will contest all 16 women’s and men’s fourth-round singles matches on the second Monday. Those matches will be split between Sunday and Monday, while there will be a mix of women’s and men’s quarterfinals held on the second Tuesday and Wednesday, instead of just having women’s matches on Tuesday and men’s on Wednesday. 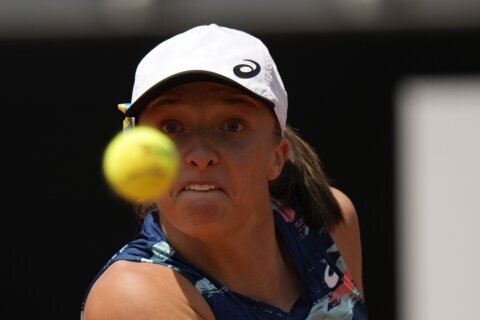 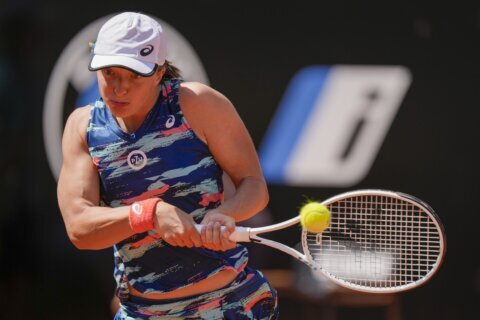