Medvedev closes in on No. 1 ranking; Osaka to Miami semis

MIAMI GARDENS, Fla. (AP) — Daniil Medvedev is one win away from returning to No. 1. And Naomi Osaka is two wins away from being a tournament champion again.

Shaking off a slow start, the top-seeded Medvedev reached the quarterfinals of the Miami Open on Tuesday by defeating Jenson Brooksby of the U.S. 7-5, 6-1.

Medvedev has yet to drop a set in his three Miami matches. He’ll face No. 8 seed and defending Miami champion Hubert Hurkacz in the quarters — and if Medvedev prevails there, he’ll be assured of supplanting Novak Djokovic and returning to No. 1 in the world.

The computer might say it for him soon enough. The Russian held the No. 1 ranking briefly, lost it to Djokovic again about a week ago and is now closing in on capturing it again.

Brooksby jumped out to an immediate lead, breaking Medvedev’s first service game and wound up serving for the first set — two points away at 5-4, 30-15.

It was all Medvedev from there.

Medvedev won 11 of the remaining 13 points in the set, breaking Brooksby to tie it up, holding at love for 6-5 and then breaking again to finish off the 7-5 win. The second set was never in doubt, with Medvedev running out to a 3-0 lead and winning 16 of the 19 points played on his serve.

No. 2 Alexander Zverev of Germany and No. 6 Casper Ruud of Norway will meet in another quarterfinal. Zverev beat Thanasi Kokkinakis of Australia 6-4, 6-4, while Ruud ousted 10th-seeded Cameron Norrie of Britain 6-3, 6-4.

No. 9 Jannik Sinner of Italy also advanced, beating Nick Kyrgios of Australia 7-6 (3), 6-3. Kyrgios was docked a point, and then a game, for outbursts.

Sinner will play Francisco Cerundolo of Argentina in the quarterfinals. Cerundolo beat No. 28 Frances Tiafoe of the U.S. 6-7 (2), 7-6 (3), 6-2 on Tuesday — avenging Tiafoe’s win in the third round over his brother, Juan Manuel Cerundolo.

And the fourth men’s quarterfinal will see No. 14 Carlos Alcaraz against unseeded Miomir Kecmanovic — both of whom pulled off upsets Tuesday. Alcaraz beat No. 3 Stefanos Tsitsipas 7-5, 6-3. Kecmanovic ousted No. 13 Taylor Fritz in the nightcap, 3-6, 6-1, 6-4.

In women’s quarterfinal play, the unseeded Osaka — who hasn’t won a tournament since the 2021 Australian Open — made quick work of No. 9 Danielle Collins of the U.S. The former world No. 1 needed only an hour to overpower Collins 6-2, 6-1 and make the Miami semifinals for the first time.

“This is my childhood tournament and I would love to win here,” said Osaka, who spent part of her youth living in South Florida. “I’ve got to take it one round at a time.”

Collins — who has been dealing with neck pain — needed a medical timeout during the match.

“She’s a fighter,” Osaka said. “She fought through the match.”

Next up for Osaka: No. 22 Belinda Bencic, who, like Osaka, continued her roll through the tournament.

Bencic hasn’t faced a seeded player yet and hasn’t come close to dropping a set, making the semifinals with a 6-1, 6-2 win over Daria Saville.

Bencic has won 48 of the 65 games she’s played in the tournament.

“I’m really happy I reached a great result here,” Bencic said. “Everything else is a bonus.” 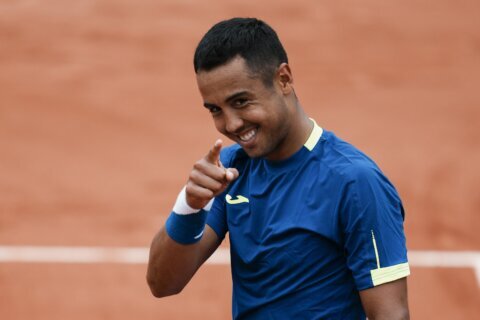 Thiem out of sync, out of French Open with 10th loss in row 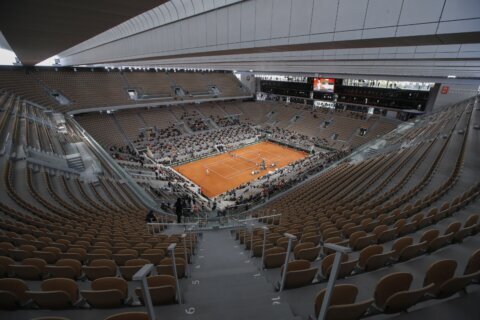 French Open updates | 2016 champ Muguruza out in 1st round 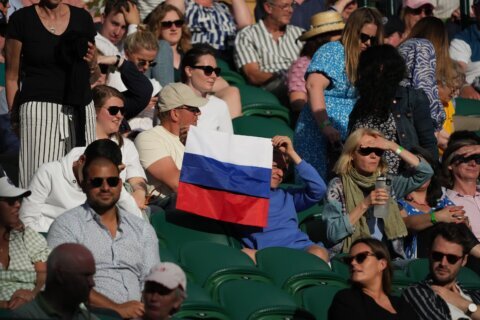