After four nights in an Australian immigration detention hotel, Novak Djokovic got his day in court Monday in a deportation case that has polarized opinions and elicited heartfelt support for the top-ranked tennis star in his native Serbia.

Djokovic had his visa canceled after arriving at Melbourne airport last week when Australian border officials ruled that he didn’t meet the criteria for an exemption to an entry requirement that all non-citizens be fully vaccinated for COVID-19.

His lawyers have since filed court papers in his challenge against deportation from Australia that show Djokovic tested positive for COVID-19 last month and recovered. He used that as grounds in applying for a medical exemption to Australia’s strict vaccination rules.

The hearing appealing the visa cancellation began in Melbourne on Monday in the Federal Circuit and Family Court of Australia.

On Sunday, Australian media reported that a federal government bid for extra time to prepare its case against Djokovic was denied. The application, made on behalf of Home Affairs Minister Karen Andrews during the weekend, sought to adjourn the final hearing by two days — just five days from the start of the Australian Open.

Djokovic’s lawyers filed 35 pages of submissions in which they outlined 11 grounds of appeal. They described the decision to cancel the visa as illogical and unreasonable.

Government lawyers were to argue for his deportation later Monday.

In Serbia on Saturday, Djokovic’s family held a rally in support of him in Belgrade for the third successive day, and Prime Minister Ana Brnabic assured him of her government’s support over his visa battle to ensure he can enter Australia and defend his Australian Open title. The tournament begins Jan. 17 — just a week from his court date.

“We’ve managed to make sure gluten-free food is delivered to him, as well as exercising tools, a laptop and a SIM card so that he is able to be in contact with his family,” Brnabic said. It comes as Australian media reported that immigration officials denied a request to have Djokovic’s personal chef cook meals for him in the immigration hotel.

About 120 vaccine opponents, according to police estimates, marched Sunday in the northern Greek city of Thessaloniki, chanting, among other things, slogans in support of Djokovic.

The protesters, who included a number of health workers suspended because of their refusal to be vaccinated, gathered in the city’s iconic White Tower and marched to the Serbian Consulate.

There is a widespread pro-Serb sentiment in Greece based on both countries’ adherence to Eastern Orthodox Christianity.

Djokovic is nine-time Australian Open champion. He has 20 Grand Slam singles title, a men’s record he shares with Roger Federer and Rafael Nadal.

In Djokovic’s perfect world, he would have been eating food cooked by that personal chef, worked out at a gym and trained every day on-court since his arrival, mingling with his support group and friends along the way.

Instead, he’s been confined to his room in a modest immigration hotel in downtown Melbourne, with guards in the corridor.

The case has become a complex one.

Djokovic was given a medical exemption backed by the Victoria state government and Australian Open organizers on Jan. 1, based on information he supplied to two independent medical panels. He was approved for a visa electronically.

But it has since emerged that the Victoria state medical exemption, allowed for people who tested positive for the coronavirus within the last six months, was deemed invalid by the federal border authorities.

It would have been valid to enter the tournament, but it wasn’t enough to satisfy the Australian Border Force.

Australian media have reported details of the court documents expected to entered into testimony on Monday. It showed Djokovic received a letter from Tennis Australia’s chief medical officer on Dec. 30 “recording that he had been provided with a ‘medical exemption from COVID vaccination’ on the grounds that he had recently recovered from COVID.”

It said Djokovic’s first positive test was Dec. 16 and, on the date of issue, the exemption said the 34-year-old player “had not had a fever or respiratory symptoms in the past 72 hours.”

Djokovic attended a Dec. 17 event in Belgrade honoring young tennis players. The event was covered by local media, and parents posted photos on social media showing Djokovic and the children not wearing masks. It’s not clear if Djokovic knew the results of his test at the time.

On Dec. 14, Djokovic had attended a Euroleague basketball game between Red Star and Barcelona in a packed sports hall in Belgrade. He was photographed hugging several players of both teams, including some who soon later tested positive.

Australian Prime Minister Scott Morrison, who said “rules are rules” and that incoming passengers were responsible for meeting border regulations, has been accused of taking advantage of Djokovic’s case to improve his battered standings in popularity polls ahead of a looming election.

Djokovic’s plight has prompted claims from Serbia that Djokovic is being treated like a prisoner. The player himself appears to have become a standard-bearer for anti-vaccine groups, including some people who’ve gathered outside for support outside his immigration hotel.

Australian Open organizers have been been taking some heat over the Djokovic situation, and with apparent good reason.

Tennis Australia, which runs the tournament and organizes the logistics for more than 2,000 incoming players, staff and officials, reportedly gave incorrect interpretations to players about the acceptable grounds for an exemption. That included the interpretation that having had a coronavirus infection within the previous six months would qualify. Organizers have blamed the federal government for its mixed messages on the policy.

Tournament director Craig Tiley has continued working in the background with Djokovic, or so it seems.

Tiley’s video message to Australian Open staff about the tournament’s “difficult time in the public arena” was published in News Corp. newspapers Saturday.

“There’s been a circumstance that relates to a couple of players, Novak particularly . . . in a situation that is very difficult,” Tiley said in the video. “We’re a player-first event. We’re working closely with Novak and his team, and others and their team, that are in this situation.”

Djokovic was one of two players put into detention in the hotel that also houses refugees and asylum seekers. A third person, reported to be an official, left the country voluntarily after border force investigations.

The other player was 38-year-old doubles specialist Renata Voráčová, who had already been in Australia for a week before an investigation by the border officials. The Czech foreign ministry said Voráčová voluntarily left Australia after deciding not to appeal the decision.

The court hearing on Monday will determine whether Djokovic is not far behind her. 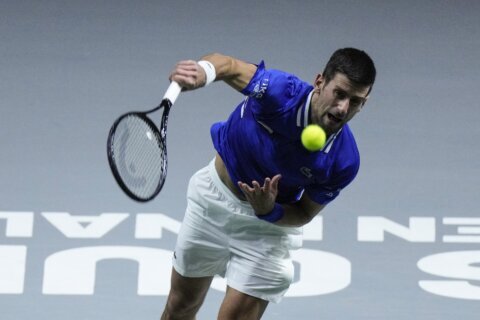 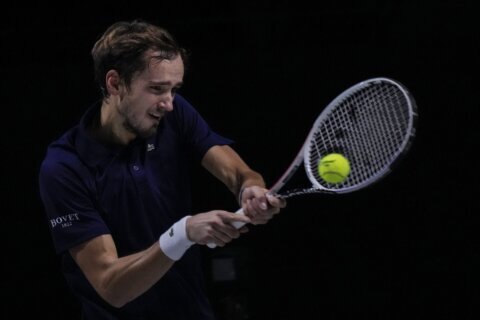 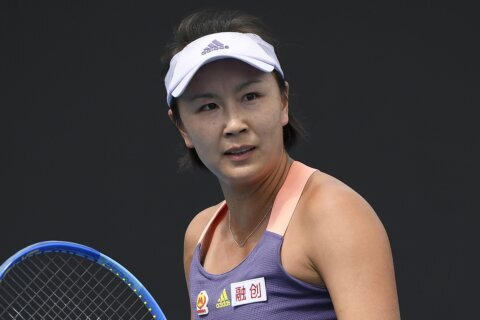