After winning her second U.S. Open championship on Saturday, Naomi Osaka took a moment to honor another sports legend: Kobe Bryant. The late basketball icon, his 13-year-old daughter Gianna and seven others, were killed in January in a helicopter crash in California.

Osaka shared a photo of herself wearing a number 8 Bryant Lakers jersey — the number he wore during the early stages of his career — while holding the trophy from her win in Arthur Ashe Stadium in Flushing, Queens.

“I wore this jersey every day after my matches,” she wrote in the post on Instagram. “I truly think it gave me strength. Always.”

While wearing the jersey during a post-match press conference on Saturday, Osaka said she wants to become the “type of person” that Bryant thought she was going to be.

“He thought I was going to be great, so hopefully, I will be great in the future. Only time will tell,” she said in a clip shared by the U.S. Open’s Twitter account.

Osaka met Bryant in June of 2019 and he became a mentor to the now 22-year-old champion, she said in an interview with The Wall Street Journal last month.

After his death in January, Osaka posted a heartfelt message to her “big bro/mentor/inspiration” on social media, thanking him for all he had done for her during their friendship.

“Thank you for caring and checking up on me after my hard losses. Thank you for randomly texting me, ‘You ok,’ cause you know how f***** up my head is sometimes,” she wrote at the time. “Thank you for teaching me so much in the short time I’ve been lucky enough to have known you.”

She also posted last month in honor of Bryant’s birthday. The star shared a photo and video of Bryant, and former San Francisco 49ers quarterback and activist Colin Kaepernick, watching her play during what appears to be last year’s U.S. Open.

“Happy birthday Mamba,” she wrote. “At the US Open right now and I practiced on Armstrong so I had a lot of memories of you in my box. That was fun, wish we could’ve done it again. Miss you.”

The star, who was born in Japan and is now based in the U.S., took a moment to thank those who came before her — her ancestors — for her success after she won her third Grand Slam title. “I would like to thank my ancestors because everytime I remember their blood runs through my veins I am reminded that I cannot lose,” Osaka tweeted on Sunday morning.

Osaka, the world’s highest-earning female athlete, has been at the forefront of efforts in tennis to bring awareness to racial injustice in the U.S. On Saturday, she walked onto the court wearing a black mask bearing the name of Tamir Rice, a Black 12-year-old boy who was killed by police in 2014 in Ohio.

Osaka arrived in New York with seven masks with the names of Black victims of violence on them. She donned a different one for each match, honoring Breonna Taylor, Elijah McClain, Trayvon Martin, Ahmaud Arbery, George Floyd and Philando Castile, as well as Rice. 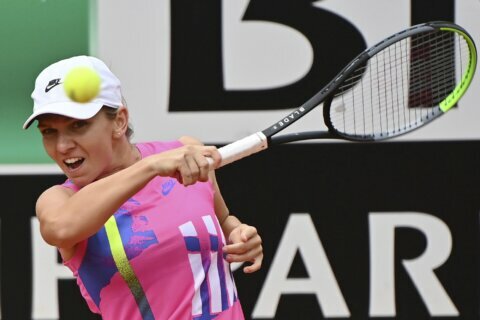 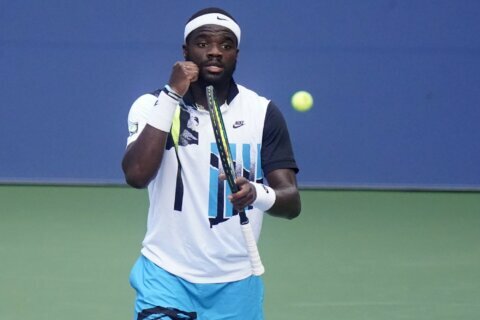 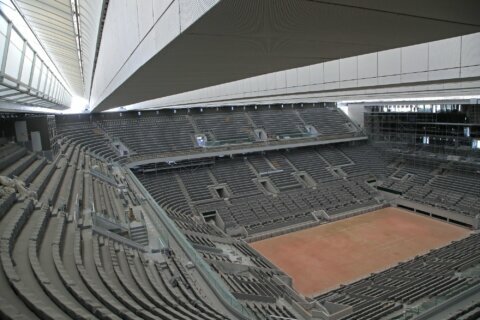