CORONAVIRUS NEWS: Latest COVID-19 numbers in DC, MD, VA | Staff not required to be tested before Mount Rushmore event | How to travel during the pandemic
Home » Tennis » 2014 US Open runner-up…

2014 US Open runner-up Nishikori to have right elbow surgery

Kei Nishikori, the 2014 U.S. Open runner-up, will have season-ending surgery on his right elbow and is aiming to be…
Listen now to WTOP News WTOP.com | Alexa | Google Home | WTOP App | 103.5 FM

Kei Nishikori, the 2014 U.S. Open runner-up, will have season-ending surgery on his right elbow and is aiming to be ready to go for the start of 2020.

Nishikori’s manager, Olivier van Lindonk, wrote in an email Monday that the right-hander from Japan will have a “small procedure removing two small bone spurs” in the elbow.

The procedure is scheduled for Tuesday. That means Nishikori will miss the Paris Masters indoor hard-court tournament next week and the Davis Cup Finals that begin in Madrid on Nov. 18.

Van Lindonk said the goal is for Nishikori to be able to begin his offseason training for 2020 at the start of December. The next Grand Slam tournament, the Australian Open, starts Jan. 20.

Nishikori has not competed since a third-round loss at the U.S. Open in September.

According to van Lindonk, Nishikori has struggled with irritation in his elbow since the French Open in May.

“He has tried to heal this with rest,” van Lindonk wrote, mentioning five tournaments that Nishikori pulled out of because of the problematic elbow, and added: “But time has proven that rest & rehab was not enough.”

Nishikori and two-time Grand Slam title winner Naomi Osaka, who also plays for Japan, are expected to be two of the biggest stars at the 2020 Tokyo Olympics.

He was the first man born in Asia to reach a major championship final when he was the runner-up to Marin Cilic at Flushing Meadows five years ago. 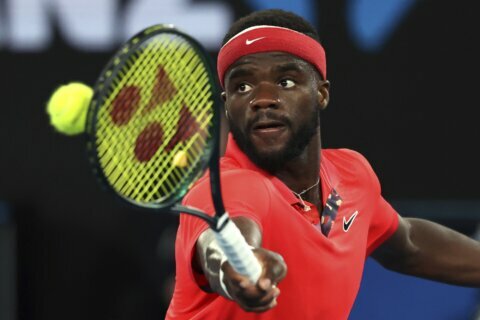 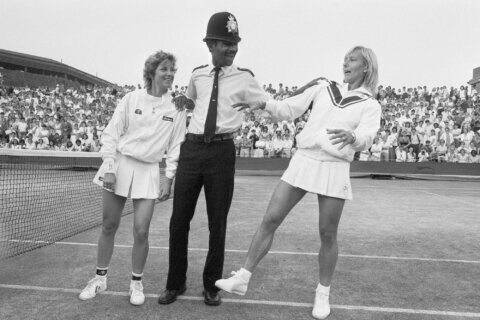 Evert recalls ups and downs of long rivalry with Navratilova 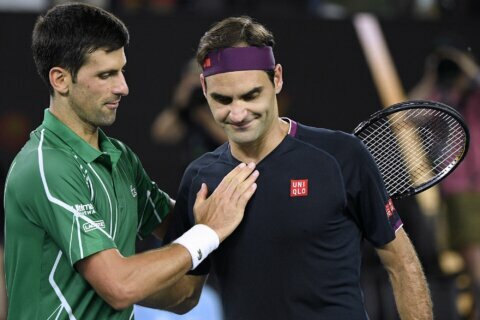