Amazon CEO Jeff Bezos says he was the target of "extortion and blackmail" by the publisher of the National Enquirer, which he said threatened to publish revealing personal photos of him unless he stopped investigating how the tabloid obtained his private exchanges with his mistress.

NEW YORK (AP) — The National Enquirer’s alleged attempt to blackmail Amazon CEO Jeff Bezos with intimate photos could get the tabloid’s parent company and top editors in deep legal trouble and reopen them to prosecution for paying hush money to a Playboy model who claimed she had an affair with Donald Trump.

Federal prosecutors are looking at whether the Enquirer’s feud with Bezos violated a cooperation and non-prosecution agreement that recently spared the gossip sheet from charges in the hush-money case, two people familiar with the matter told The Associated Press on Friday.

The clash between the world’s richest man and America’s most aggressive supermarket tabloid spilled into public view late Thursday when Bezos accused it of threatening to print photos of him and the woman with whom he was having an extramarital affair.

He said the Enquirer made two demands: Stop investigating how the publication recently obtained private messages that Bezos and his girlfriend had exchanged. And publicly declare that the Enquirer’s coverage of Bezos was not politically motivated.

Enquirer owner American Media Inc. said Friday that its board of directors ordered a prompt and thorough investigation and will take “whatever appropriate action is necessary.” Earlier in the day, the company said it “acted lawfully” while reporting the story and engaged in “good-faith negotiations” with Bezos.

In recent months, the Trump-friendly tabloid acknowledged secretly assisting Trump’s White House campaign by paying $150,000 to Playboy centerfold Karen McDougal for the rights to her story about an alleged affair with Trump. The company then buried the story until after the 2016 election.

Federal prosecutors considered the payment an illegal corporate contribution to Trump’s campaign. In September, though, AMI reached an agreement with federal authorities that spared it from prosecution.

It promised in the agreement not to break any laws. The deal also required the continuing cooperation of top AMI executives, including CEO David Pecker and Enquirer editor Dylan Howard.

Now, federal prosecutors in New York are looking at whether AMI violated those terms, the people familiar with the matter said. They were not authorized to discuss the matter publicly and spoke to AP on condition of anonymity.

A violation of the agreement could lead to criminal charges over the McDougal payments. And the resulting court proceedings could lay bare details of the gossip sheet’s cozy relationship with the president.

The U.S. attorney’s office in Manhattan declined to comment.

The Enquirer has “weaponized journalism and made it into this bartering, brokering thing where it’s like, ‘If I can blackmail you with the threat — I’ll expose this unless you’ve got something better,'” Goldberg said.

It is a federal crime to threaten to injure someone’s reputation in exchange for money or a “thing of value,” though federal courts haven’t made it clear whether a public statement, like the one demanded by AMI, could be considered something of value. Bezos said the Enquirer did not demand money.

The agreement secures Pecker’s testimony in any future cases stemming from the hush-money payments, while winning a criminal case over the Bezos matter would be far from clear-cut, Rodgers said. The company could say it was relying on the advice of its counsel or even cite First Amendment protections, she said.

The Bezos camp has suggested the Enquirer’s coverage of his affair was driven by dirty politics. Trump himself has criticized Bezos on Twitter over his ownership of The Washington Post and Amazon.

Bezos’ extramarital affair became public when the Enquirer ran a Jan. 9 story about him and Lauren Sanchez, a former TV anchor who is also married. Bezos then hired private investigators to find out how the tabloid got texts and photos the two exchanged.

Bezos’ personal investigators, led by his security consultant Gavin de Becker, have been focusing on Sanchez’s brother, according to a person familiar with the matter. The person wasn’t authorized to discuss the matter publicly and spoke on condition of anonymity.

Michael Sanchez is his sister’s manager, a Trump supporter and an acquaintance of Trump allies Roger Stone and Carter Page.

Sanchez did not immediately respond to an email seeking comment. In a tweet, he said de Becker “spreads fake, unhinged conservative conspiracy theories.”

Bezos detailed his blackmail allegations in an extraordinary blog post. The intimate photos at issue include a “below the belt selfie” of Bezos and several revealing photos of Sanchez, according to emails Bezos released of his exchanges with AMI.

“Of course I don’t want personal photos published, but I also won’t participate in their well-known practice of blackmail, political favors, political attacks, and corruption,” Bezos said in explaining his decision to go public. “I prefer to stand up, roll this log over, and see what crawls out.” 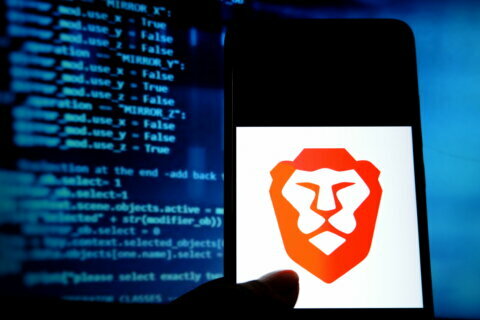