When former Secretary of State Hillary Clinton heard that the U.S. Supreme Court had overturned its landmark 1973 Roe v. Wade ruling on abortion rights, she was not surprised.

She told “CBS Mornings” that this was something that had been in progress for years.

“I think that was the goal of packing the Court with justices who were on the record for many years of being against women’s constitutional rights to make decisions about our own bodies. I was deeply sorry that it actually happened,” she said. “But now that it has happened, I think everybody understands that this is not necessarily the only effort that we’re going to see this Court undertake to turn back the clock on civil rights.”

Clinton, who went to law school with Thomas, said he is a “person of grievance” and she surmises that his written opinion could be a signal. “He has signaled in the past to lower courts, to state legislatures, ‘Find cases. Pass laws. Get them up. I may not win the first, the second, or the third time, but we’re going to keep at it.'” 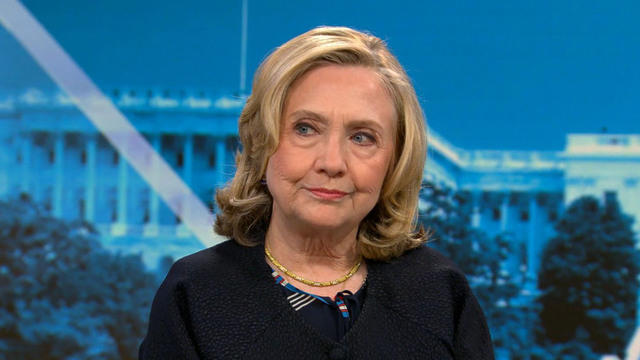 Hillary Clinton on what Justice Clarence Thomas’ opinion could mean

She continued, “The thing that is, well, there are so many things about it that are deeply distressing but women are going to die,” said Clinton.

Justice Thomas did not respond to a request to comment.

The former Democratic nominee for president said that the overturning of Roe v. Wade should be a wake-up call for every American who doesn’t think that their vote counts.

Although she has stepped away from politics since losing the 2016 presidential election, Clinton said she misses politics and while she can’t imagine running again for president, she plans on staying “active and outspoken.”

“I think our country’s really on the precipice… I think that we are looking at not only the erosion of these rights, the throwing the door open to unfettered, unregulated gun access, but we’re also looking at dismantling the federal government, how it protects our air, and our water, and everything else that goes along with it,” she said.   The Supreme Court is expected to release a decision soon on a case that could affect the Environmental Protection Agency’s authority to regulate greenhouse gas emissions.

Between the Supreme Court’s ruling and the House select committee hearings on the investigation into the Jan. 6 attack on the U.S. Capitol, Clinton said right now is a time for Americans to get out and vote in the upcoming midterm elections.

“I think it’s important that people recognize if there were ever a time to vote and to vote, literally, for your rights and our future, it’s this midterm,” she said.