The Supreme Court is being asked to decide whether a single use of the N-word in the workplace can create a hostile work environment, giving an employee the ability to pursue a case under Title VII of the landmark Civil Rights Act of 1964.
Listen now to WTOP News WTOP.com | Alexa | Google Home | WTOP App | 103.5 FM

WASHINGTON (AP) — Robert Collier says that during the seven years he worked as an operating room aide at Parkland Memorial Hospital in Dallas, white nurses called him and other Black employees “boy.” Management ignored two large swastikas painted on a storage room wall. And for six months, he regularly rode an elevator with the N-word carved into a wall.

Collier ultimately sued the hospital, but lower courts dismissed his case. Now, however, beginning with a private conference that was scheduled for Thursday, the Supreme Court is considering for the first time whether to hear the case. (Although the court did not comment, the case remained on its calendar, which likely means it was discussed Thursday.)

Focusing on the elevator graffiti, Collier is asking the justices to decide whether a single use of the N-word in the workplace can create a hostile work environment, giving an employee the ability to pursue a case under Title VII of the landmark Civil Rights Act of 1964.

Already, the court’s two newest members, both appointed by President Donald Trump, are on record with seemingly different views. The case is also a test of whether the justices are willing to wade into the ongoing, complex conversations about race happening nationwide. The public could learn as soon as Monday whether the court will take Collier’s case.

Jennifer A. Holmes, a lawyer with the NAACP Legal Defense and Educational Fund, which has urged the court to take the case, says she hopes the conversations taking place nationally will push the justices in that direction.

Doing so gives the court an “opportunity to show that they’re not insensitive to issues of race,” Holmes said. And courts are “all the time” confronting workplace discrimination claims involving use of the N-word, she said. The question for the justices, she said, is just whether someone who experiences an isolated instance of the N-word can “advance their case beyond the beginning stage.”

Two of the court’s nine justices have experience with similar cases.

In 2019, as a judge on the U.S. Court of Appeals for the 7th Circuit, Justice Amy Coney Barrett wrote an opinion for a panel of three judges who unanimously ruled against a Black man who sued over alleged discrimination and had his case dismissed at an early stage. Among other things, he claimed a former supervisor at the Illinois Department of Transportation called him the N-word.

“The n-word is an egregious racial epithet,” she wrote. But she said previous cases have made clear that an employee can’t win his case “simply by proving that the word was uttered.” He also must prove that “use of this word altered the conditions of his employment and created a hostile or abusive working environment.”

In 2013, as a judge on the U.S. Court of Appeals for the District of Columbia Circuit, Kavanaugh was a part of a three-judge panel including now-Attorney General Merrick Garland that sided with a Black former Fannie Mae employee who sued alleging racial discrimination. The judges ruled that the man, who said he was called the N-word by a supervisor, shouldn’t have had his case dismissed at an early stage.

Kavanaugh wrote separately about “probably the most offensive word in English.” His view, he said, is that the word’s use in the workplace by a supervisor “suffices by itself to establish a racially hostile work environment.”

The Supreme Court itself has yet to squarely address the issue. The justices have said that the “mere utterance of an ethnic or racial epithet” doesn’t allow a person to sue under the Civil Rights Act’s Title VII. But in a 1998 case, the court suggested that a single, “extremely serious” incident could.

The hospital’s lawyers, for their part, have urged the court not to take Collier’s case. Parkland, the hospital where President John F. Kennedy was taken in 1963 after he was fatally shot, says the case’s “factual record … is neither strong nor clear.” And Collier himself previously said that the racial graffiti he saw “had no appreciable effect on his job performance.”

In a statement to The Associated Press, hospital spokesman Michael Malaise noted that there is no evidence “that any Parkland employee was responsible for the alleged graffiti or that it was directed specifically at Mr. Collier.” Over 70% of hospital staff members self-identify as minorities and the hospital’s “diversity is one of our strongest assets,” he said.

Collier was fired by the hospital in 2016 after a conflict with a supervisor. He brought his lawsuit after he was fired. His attorney, Georgetown law professor Brian Wolfman, declined an interview request on his client’s behalf. During a 2018 deposition, however, Collier talked about how seeing the elevator graffiti made him feel.

“I would say it was something I noticed and complained about,” Collier said. “And that every time I would have to catch that elevator by not seeing anything done about it … it was upsetting … Because I would have wanted to see it gone away pretty much instantly.” 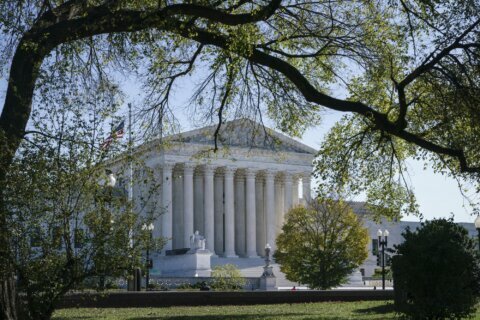 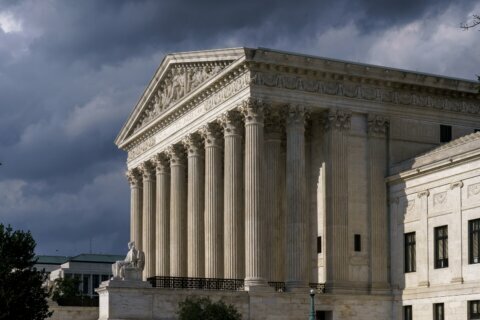