Several Democrats in the House and Senate plan to introduce a bill to add four more justices to the Supreme Court, which would bring the total number of justices to 13.
Listen now to WTOP News WTOP.com | Alexa | Google Home | WTOP App | 103.5 FM

Several Democrats in the House and Senate announced plans Wednesday night to introduce a bill to add four more justices to the Supreme Court, which would bring the total number of justices to 13. But House Speaker Nancy Pelosi swiftly said 12 hours later that she would not bring the bill to the floor for a vote.

Senator Ed Markey of Massachusetts and Congressmen Jerry Nadler, Hank Johnson and Mondaire Jones formally announced the bill in a press conference on Thursday. They were joined by a number of progressive activists.

The lawmakers are proposing amending Section 1, Title 28 of the U.S. Code, which calls for “a Chief Justice and eight associate justices, any six of whom shall constitute a quorum” and inserting “a Chief Justice of the United States and twelve associate justices, any eight of whom shall constitute a quorum.”

“I don’t know that that’s a good idea or a bad idea. I think that’s an idea that should be considered, and I think the president is taking the right approach to study such a thing,” Pelosi told reporters on Thursday. “It’s a big step.”

The White House announced last week that President Biden had issued executive action to create a commission to study Supreme Court reform, including the number of justices on the court.

Republicans are expected to fiercely oppose such a bill.

In a preview of the potential fight to come, members of the House Judiciary Committee clashed Wednesday night during a markup of other legislation.

“The Democrats are apparently so drunk with power here in Washington, that they’re going to give it another try and I think that’s really unfortunate,” said Ohio Republican Steve Chabot. “I think it could tear this country apart.”

“The party that packed the court are the Republicans who jammed through nominees and refused to consider Merrick Garland,” Rhode Island Democrat David Cicilline retorted.

“Court packing” has become a hot-button issue among Democrats since Garland’s stalled Supreme Court nomination in 2016. The idea gained even more momentum after former President Trump nominated Amy Coney Barrett in September 2020. On the campaign trail, several Democratic candidates had indicated they were interested in expanding the court, but then-candidate Joe Biden said in October that he was “not a fan” of adding more justices.

Mr. Trump had attacked Mr. Biden for refusing to say if he supported expanding the court, accusing Democrats of thinking “we’ll put a lot of super lefties on the court and we’ll have a whole different country.'”

Changing the number of justices on the Supreme Court would require an act of Congress and the president’s signature. President Franklin Roosevelt famously tried and failed to expand the court to 15 justices after a series of rulings striking down several New Deal programs. 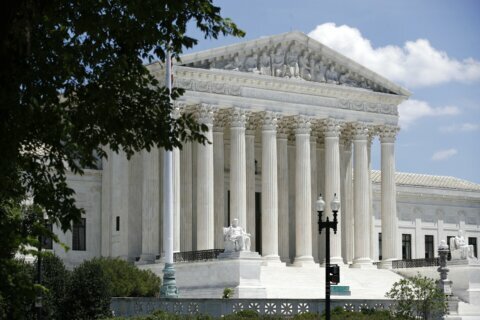 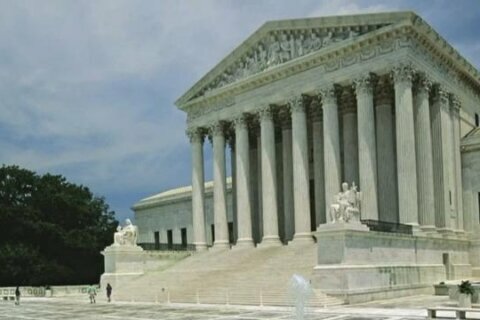