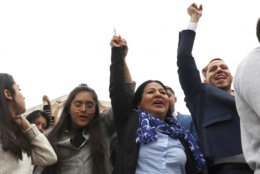 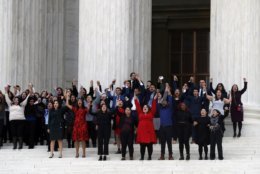 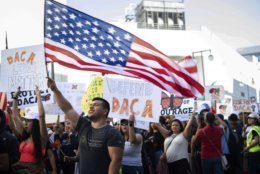 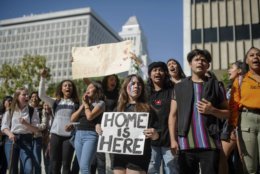 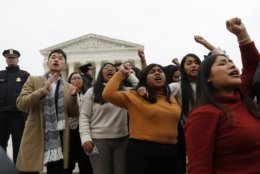 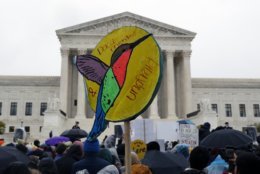 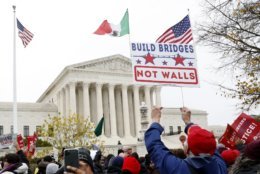 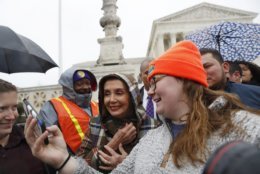 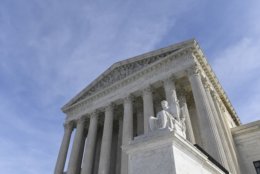 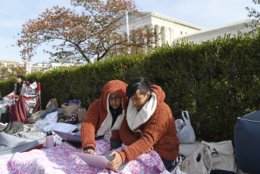 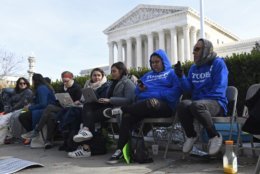 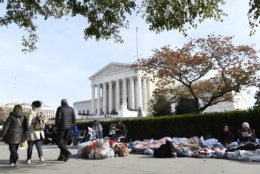 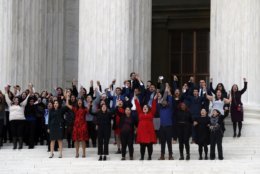 WASHINGTON (AP) — Sharply at odds with liberal justices, the Supreme Court’s conservative majority seemed ready Tuesday to allow the Trump administration to abolish protections that permit 660,000 immigrants to work in the U.S., free from the threat of deportation.

That outcome would “destroy lives,” declared Justice Sonia Sotomayor, one the court’s liberals who repeatedly suggested the administration has not adequately justified its decision to end the seven-year-old Deferred Action for Childhood Arrivals program. Nor has it taken sufficient account of the personal, economic and social disruption that might result, they said.

But there did not appear to be any support among the five conservatives for blocking the administration. The nine-member court’s decision is expected by June, at the height of the 2020 presidential campaign.

President Donald Trump said on Twitter that DACA recipients shouldn’t despair if the justices side with him, pledging that “a deal will be made with the Dems for them to stay!” But Trump’s past promises to work with Democrats on a legislative solution for these immigrants have led nowhere.

The president also said in his tweet that many program participants, brought to the U.S. as children and now here illegally, are “far from ‘angels,'” and he claimed that “some are very tough, hardened criminals.” The program bars anyone with a felony conviction from participating, and serious misdemeanors may also bar eligibility.

Some DACA recipients, commonly known as “Dreamers,” were in the courtroom for the arguments, and many people camped out in front of the court for days for a chance at some of the few seats available. The term comes from never-passed proposals in Congress called the DREAM Act.

The high court arguments did not involve any discussion of individual DACA recipients or Trump’s claims.

Instead the focus was on whether either of two administration rationales for ending DACA, begun under President Barack Obama, was enough.

Trump’s anti-immigrant rhetoric was a key part of his presidential campaign in 2016, and his administration has pointed to a court ruling striking down the expansion of DACA and creation of similar protections, known as DAPA, for undocumented immigrants whose children are U.S. citizens as reasons to bring the program to a halt.

After lower courts stepped in to keep the program alive, the administration produced a new explanation memo from Homeland Security Secretary Kirstjen Nielsen.

Chief Justice John Roberts and Justice Brett Kavanaugh were among the justices who indicated on Tuesday that the administration has provided sufficient reason for doing away with the program. Kavanaugh referred to Nielsen’s memo at one point as “a very considered decision.” Roberts suggested that worries that DACA is not legal might be enough to support ending it.

Roberts, who could hold the pivotal vote on the court, aimed his few questions at lawyers representing DACA recipients and their supporters. He did not seriously question the administration’s argument.

However, justices’ questions don’t always foretell their votes. In June the chief justice surprised many when he cast the deciding vote to prevent the administration from adding a citizenship question to the 2020 census, despite not voicing much skepticism during arguments in the case.

Justices Neil Gorsuch and Samuel Alito raised questions on Tuesday about whether courts should even be reviewing the executive branch’s discretionary decisions.

Sotomayor made the only direct reference to Trump, saying he told DACA recipients “that they were safe under him and that he would find a way to keep them here. And so he hasn’t.”

She also complained that the administration’s rationale has shifted over time and has mainly relied on the view that DACA is illegal, leaving no choice but to end it.

In her most barbed comment, Sotomayor said the administration has failed to plainly say “that this is not about the law. This is about our choice to destroy lives.”

Solicitor General Noel Francisco, representing the administration, did not directly respond to Sotomayor. But near the end of the 80-minute arguments, he asserted that the administration has taken responsibility for its decision and is relying on more than merely its belief that DACA is illegal. The administration has the authority to end DACA, even if it’s legal, because it’s bad policy, he said. “We own this,” Francisco said.

If the court agrees with the administration in the DACA case, Congress could follow up by voting to put the program on surer legal footing. But the absence of comprehensive immigration reform by Congress is what prompted Obama to create DACA in the first place, in 2012, giving people two-year renewable reprieves from the threat of deportation while also allowing them to work.

Young immigrants, civil rights groups, universities and Democratic-led cities and states sued to block the administration. They persuaded courts in New York, San Francisco and Washington, D.C., that the administration had been “arbitrary and capricious” in its actions, in violation of a federal law that requires policy changes to be done in an orderly way.

If the justices sustain the challenges, the administration could try again to end the program. A lawsuit in Texas claiming that DACA is illegal also would be likely to go forward.

This story has been changed to delete because of uncertainty the reference to Trump falsely claiming of DACA participants that “some are very tough, hardened criminals.”

Only On WTOP
Betting on the Future: A question of competition in DC