The Cowboys had three 3-pointers and a three-point play in a 15-5 run to open the second half, erasing a six-point halftime deficit and giving them a 39-35 lead with 16:07 remaining.

Thompson hit two more 3-pointers and Boone threw down a pair of dunks to keep the Cowboys on the move, extending their lead to 55-46 at the 11-minute mark. Oklahoma was within 59-54 with 5:55 remaining but jumpers by Thompson and Boone pushed OSU’s lead back to nine.

By the time Newton hit a 3-pointer with 2:04 to go, Oklahoma State had outscored the Sooners by 20 points in the second half and the lead was 68-54.

Grant Sherfield, who scored 15 points in the first half, hit a jumper to give Oklahoma a 20-18 lead with 6:26 remaining before halftime. Milos Uzan scored six of the Sooners’ next 10 points and Oklahoma led 30-24 at the break.

Jacob Groves added 10 points for the Sooners (11-7, 2-4) and Tanner Groves had 11 rebounds. Sherfield did not score in the second half.

Oklahoma State has won five of the past six meetings and seven of the past 11 in the basketball version of Bedlam. 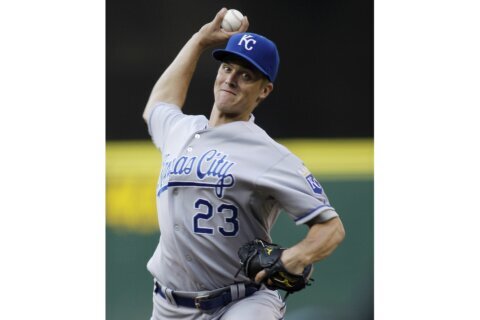