PORTLAND, Ore. (AP) — Heather Davis has been hired as chief executive officer to lead Major League Soccer’s Portland Timbers and the National Women’s Soccer League’s Thorns amid the fallout from a series of scandals.

Davis, 46, served as CEO on an interim basis after club owner Merritt Paulson stepped away last fall. She is among five women in charge of team operations in MLS.

The club has been criticized following alleged misconduct by former Thorns coach Paul Riley. Missteps were detailed in a pair of investigations into coach abuse by the NWSL and the U.S. Soccer Federation.

The Timbers also were questioned over the re-signing of former player Andy Polo after an alleged domestic violence incident.

The club’s general manager and president of business operations were fired in October, and Paulson removed himself from an active role with the teams. The NWSL imposed a fine of $1 million on the club. Paulson announced in December that he is selling the Thorns.

“Heather has been nothing short of remarkable during her time here,” Paulson said in a statement on Wednesday. “She joined us during a challenging period and has overseen significant positive change for the club.”

An Oregon native, Davis came to the club as general counsel last May. Before that, she was the lead counsel for NFL international operations. 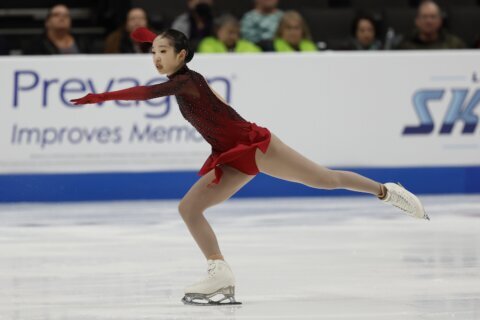