OTTAWA, Ontario (AP) — A hot goalie is difficult to overcome, which the Ottawa Senators found out Monday night.

Jusse Saros made 38 saves for his first shutout of the season and the 18th of his NHL career in the Nashville Predators’ 3-0 win over Ottawa.

Saros has stopped 102 of the 105 shots fired his way over his past two games, following a 64-save performance in a 5-3 win over Carolina last Thursday.

“I felt good out there, mostly. I had a lot of help today. We had a lot of blocks and our penalty kill was really good. I’ve got to give some credit to the guys,” Saros said, referencing 22 blocked shots by the Predators. “I’m just trying to see the puck and read the plays. Obviously, I’ve had some puck luck in these (recent) games, as well. I like to play. Obviously, it’s been a lot of shots, but I don’t feel tired.”

Nashville’s Filip Forsberg beat Cam Talbot in the Ottawa net on a 2-on-1 at 7:30 of the third period. It gave the Predators (19-14-6) their fourth straight win.

“Even before we started winning, we were playing better hockey. And I thought there was a stretch where we didn’t get the results, but we were playing better and building our game,” Forsberg said. “And now, obviously the results have been coming. But at the same time, we’ve got more than half the year left — we’ve got to keep building our game and keep finding wins.”

Roman Josi and Jeremy Lauzon also scored for the Predators.

“It sucks to lose the game, it sucks to get shut out, but I think at least the effort, the attitude, that’s acceptable. We turned it over a little too much, they were pretty tight in their game plan and we veered just slightly from ours,” Senators forward Austin Watson said.

The Senators held an 11-5 advantage in shots through the opening 14 minutes of the first period, but things changed quickly. Within a 32-second span, Ottawa went from being in charge to being in a hole as the Predators struck twice for a 2-0 lead.

Josi took advantage of a Senators turnover at their own blue line and put a chip shot over the shoulder of Talbot at 14:29 for his 150th career goal. Then Lauzon redirected a Tanner Jeannot wraparound attempt into the Senators net at 15:01.

Monday’s game was the second and final game of the regular season between the Senators and Predators. The Senators were 3-2 winners at Bridgestone Arena in Nashville on Dec. 10. … Predators forwards Cole Smith and Michael McCarron, along with defenseman Roland McKeown, were scratched Monday. … Both the Predators and Senators went 0-for-5 on the power play.

Predators: At Toronto on Wednesday night.

Senators: At Arizona on Thursday night. 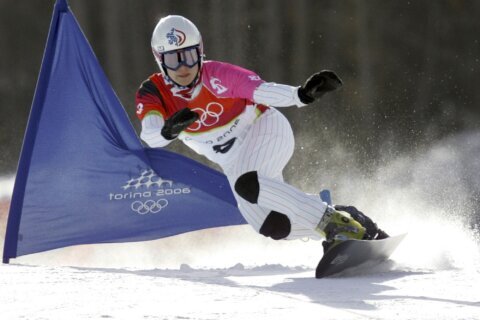 Fernandez debut fizzles as Chelsea held by Fulham to 0-0