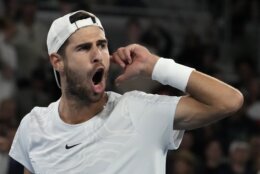 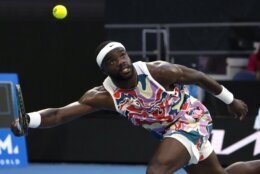 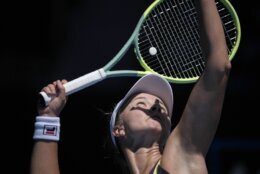 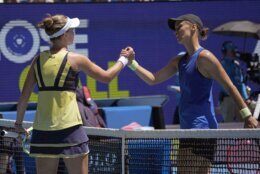 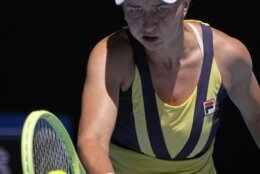 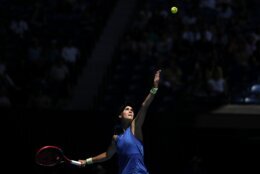 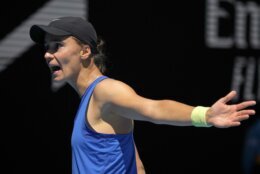 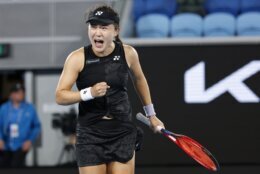 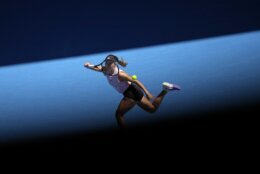 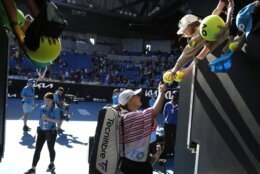 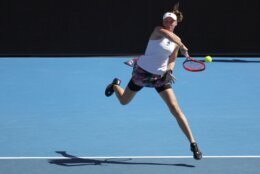 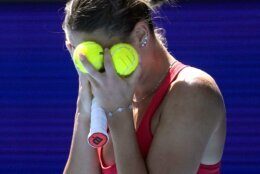 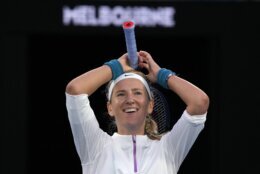 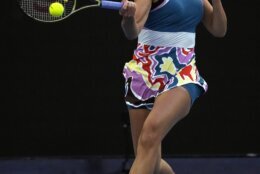 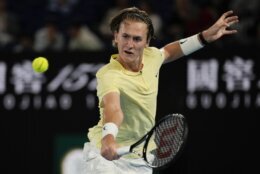 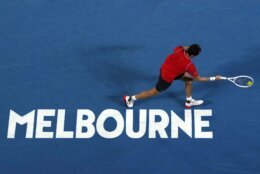 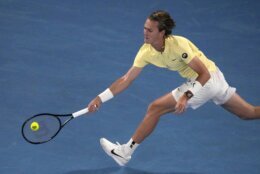 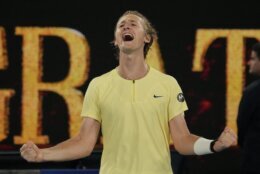 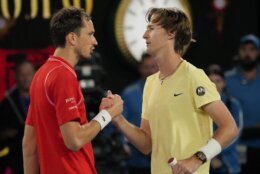 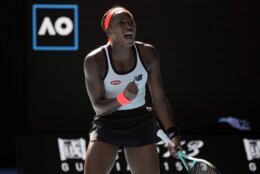 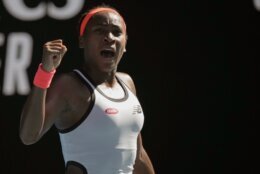 Add in some mentorship from eight-time major champ Andre Agassi and a couple of coaches, including former player Radek Stepanek, and maybe it shouldn’t be all that surprising that Korda, a 22-year-old American never past the fourth round at a Grand Slam tournament, would manage to eliminate two-time runner-up Daniil Medvedev at Melbourne Park.

Korda’s attacking brand of tennis carried him past No. 7-seeded Medvedev 7-6 (7), 6-3, 7-6 (4) in the Australian Open’s third round Friday night, the latest in a string of victories by young men from the U.S. against top players this week.

“I always was told how good of a tennis player I can be. Now (I’m) just getting the right people around me, building a really solid team, just trusting the process,” said the 29th-seeded Korda, who was the 2018 junior champion in Australia. “I’m growing as a person, as a player. Just trying to do the right things. Just have fun, enjoy it — good things will happen.”

This result comes on the heels of two other attention-grabbing victories by players from the U.S., whose men last won a Grand Slam title 20 years ago. On Wednesday, Mackenzie McDonald beat No. 1 seed Rafael Nadal. On Thursday, Jenson Brooksby beat No. 2 seed Casper Ruud.

Now it was Korda’s turn to add his name to the list with a game Medvedev described as “kind of different from everybody.”

Medvedev won the U.S. Open two years ago and made it to the final in Australia in 2021, when he lost to Novak Djokovic, and 2022, when he lost to Nadal after holding a two-set lead. The Russian also was briefly ranked No. 1 last season.

On this night in Rod Laver Arena, it was Korda who dictated most of the points, who put his shots right where he wanted them, who charged forward with verve and slick volleys. He even threw in the occasional drop shot, for good measure.

“I kind of knew what I had to do. I stuck with it, even when I was going up and down with the emotions,” Korda said.

How would he describe that game plan?

Korda broke Medvedev — who said afterward his right wrist and forearm were bothering him — the first time he served in each set. With the match a fraction longer than 2 1/2 hours old, Korda was serving while ahead 4-3, 40-15 in the third set. So close to advancing. Five points away.

Right there, right then, is when Korda slipped up.

After Medvedev made it 40-30 with a forehand winner, Korda got a chance to hit a seemingly simple volley to take the game. But he missed, sending the ball too long. On the next point, he netted a forehand from the baseline, his sixth unforced error off that wing in the set — six more than Medvedev at that moment. A netted backhand then completed the gift-wrapped break, and one love hold later, Medvedev had accumulated eight consecutive points to go up 5-4.

What appeared to be a turning point, though, turned out just to be a blip.

Korda raced to a 6-1 lead in the closing tiebreaker and, while he again needed to settled down after some missed chances, this time he ended things with a forehand winner.

He said he relied on a philosophy he picked up from his mother, Regina Rajchrtova: “Throughout this whole year, I haven’t had one negative thought, whether it’s waiting for transportation to go to the courts, whether it’s eating lunch, whether it’s doing anything. … Kind of just having a new motto of: Positive energy is more positive than negative energy.”

To reach his first Slam quarterfinal, Korda will need to defeat No. 10 Hubert Hurkacz on Sunday. That day’s other men’s matches: Stefanos Tsitsipas vs. Jannik Sinner, Felix Auger-Aliassime vs. Jiri Lehecka, and Karen Khachanov vs. Yoshihito Nishioka.

As well as Pegula is playing, dropping zero sets and just 11 games total along the way to Week 2, you might think she’d be completely pleased with how things are going.

Ah, but Pegula is a self-described perfectionist. And so she gave herself a bit of a hard time about what happened late in the second set of her 6-0, 6-2 victory over Marta Kostyuk.

“I was annoyed,” Pegula said after the 65-minute contest.

Well, the 28-year-old from New York was cruising along, having won 10 of the first 11 games and serving with a 30-love lead, when she stumbled ever so slightly, ever so briefly. She missed three first serves in a row. She put a backhand into the net. She got lobbed. She double-faulted. She started muttering under her breath. She sent a backhand long to end an 11-stroke exchange. Add it up, and Pegula got broken there, her lead in the second set shrinking to 4-2. For three minutes, her play was less than ideal.

“When I was younger, it came off as kind of a bad attitude. I’d get really negative or down on myself,” Pegula said, adding that she has worked on “not being so hard on myself during the matches.”