Arte Moreno takes Angels off market, will continue as owner

Moreno took his franchise off the market Monday after announcing his plan to explore a sale of the team last August. The 76-year-old owner met with prospective buyers during the winter.

“During this process, it became clear that we have unfinished business and feel we can make a positive impact on the future of the team and the fan experience,” Moreno said in a statement. “This offseason, we committed to a franchise record player payroll, and still want to accomplish our goal of bringing a World Series championship back to our fans.”

MLB Commissioner Rob Manfred said he is “very pleased” Moreno is staying in the game.

“Despite strong buyer interest in the Angels, Arte Moreno’s love of the game is most important to him,” Manfred said.

Moreno is an outdoor advertising mogul from Arizona who originally bought the Angels from the Walt Disney Company in 2003, shortly after the franchise won its only championship.

Moreno immediately showed a willingness to spend money to attract big-name free agents to Orange County, and the Angels won five AL West titles during his first seven seasons of ownership. But Moreno also angered many of his team’s fans early in his tenure by dropping Anaheim from the franchise’s name in a bid to improve the franchise’s marketability and television visibility.

The Angels’ fortunes under Moreno have flagged mightily since an appearance in the ALCS in 2009. Despite a hefty payroll and big-market fan support, the Halos have not won a playoff games in the past 13 years, making just one postseason appearance in 2014 and getting swept.

The Angels are currently mired in the majors’ longest streaks of losing seasons (seven) and non-playoff seasons (eight, tied with Detroit) despite the presence of former AL MVPs Mike Trout and Shohei Ohtani on their roster.

While Moreno’s willingness to write big checks has never waned, his insistence on involving himself in some of the Angels’ biggest deals has drawn heavy criticism and rarely yielded good results. Moreno made the final decision to hand out massive contracts to several players including Albert Pujols, Josh Hamilton and Anthony Rendon in recent years, and nearly every one of his big-money free agent gambles hasn’t paid off richly as as he hoped.

The Angels’ most recent indignity wasn’t entirely Moreno’s fault: He reached a deal with the Anaheim city government to purchase Angel Stadium in October 2020 with plans to redevelop the majors’ fourth-oldest ballpark and the land surrounding it, only for the transaction to fall apart in 2022 amid a political scandal surrounding the sale that led to the resignation of Anaheim mayor Harry Sidhu.

Moreno said he met “with a number of highly qualified individuals and groups who expressed strong interest in the club” while exploring a sale.

“However, as discussions advanced and began to crystallize, we realized our hearts remain with the Angels, and we are not ready to part ways with the fans, players, and our employees,” Moreno added. 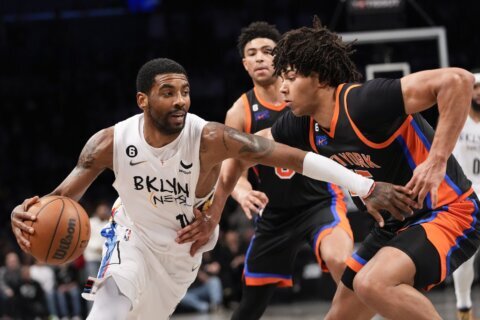