Angel City was expected to use the pick to select Alyssa Thompson, an 18-year-old forward out of Harvard-Westlake High School in Los Angeles — but she has not yet declared for the Jan. 12 draft. The team’s interest in Thompson was first reported by the Los Angeles Times.

Thompson made her debut with the U.S. senior national team last year while also playing for the under-17 Total Futbol Academy boys’ team in MLS NEXT. She has committed to Stanford.

Thompson has until Monday to declare for the draft.

Angel City did not make the playoffs last year as an expansion team but has higher expectations for this season. The team could see the return this spring of forward Christen Press, who tore her ACL last season.

“We know that in order to achieve these goals, we have to set ourselves up for on-field success for many years to come, which is why we wanted to be able to control our destiny with the No. 1 overall draft pick of the 2023 Draft,” Angel City general manager Angela Hucles said in a statement. “We are focused on making as big of an impact on the field as possible, and we look forward to being able to do so in our second season.” 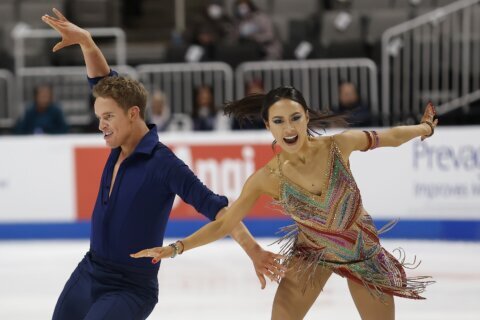