ST. PAUL, Minn. (AP) — Kirill Kaprizov had two goals and Mason Shaw scored his second career goal in as many games, leading the Minnesota Wild to a 4-1 win over the Montreal Canadiens on Tuesday night.

Marc-Andre Fleury made 34 saves for Minnesota, which has earned points in six of its last seven games. The Wild have five wins in that stretch after losing the first three games of the season. Matt Boldy added an empty-net goal as Minnesota returned home after a five-game trip.

“We’ve got to win those games,” Fleury said. “It doesn’t matter how long we’ve been gone. They’ve been on the road for a while too. We’ve got to find a way to dig deep. I think the start was important to be in the game and not be chasing after them. I think it paid off.”

Kaprizov’s second multi-goal game of the season gives him eight for the season. He has scored four times in the last four games. Joel Eriksson Ek had a pair of assists for the Wild.

Nick Suzuki scored a power-play goal in the third period and Jake Allen stopped 27 shots for Montreal, which had won two straight to start a four-game trip.

“I think we trust in the brand that we’re trying to play,” Canadiens coach Martin St. Louis said. “ … We’re going to generate chances and it showed in the past that we’re able to crawl back in games, and tonight we just fell short. That’s one thing I don’t like about tonight’s game is the result, because there was a lot of good things in this game.”

The Canadiens applied plenty of pressure early, outshooting Minnesota 15-7 in the first period. But, Montreal couldn’t beat Fleury, who has settled in after a shaky start to the season.

After a scoreless first period, Shaw scored 1:09 into the second. Allen couldn’t control the rebound on a shot by Eriksson Ek and Shaw tapped the rebound between Allen’s legs.

Shaw, a 23-year-old rookie, has been given a chance due to injuries to forwards Jordan Greenway, Marcus Foligno and Ryan Hartman.

Minnesota and Kaprizov added two more goals in the second. Kaprizov’s first goal was a deflection on a centering pass from Boldy on the power play.

“That’s not his spot on the power play, but he knows that’s a pretty good spot to go score a goal,” Wild coach Dean Evason said of Kaprizov being in front of the net.

The Wild have won 14 of the last 15 games against the Canadiens, including nine straight at the Xcel Energy Center.

“We were confident with our first two periods,” Suzuki said. “I felt like we outplayed for the whole game almost. Tough result for us, but I think the process is still really good.”

Minnesota lost forward Brandon Duhaime in the second with an upper-body injury. He left the game and never returned. Evason said after the game that “it’s not positive.”

Kaprizov and Rossi entered the zone on a 2-on-1 break. Kaprizov’s pass across was deflected by the stick of a sliding David Savard into the air. Rossi knocked the puck down to Kaprizov, who quickly sent the puck past Allen.

Montreal challenged the play for a high stick, but officials ruled that Rossi had played the puck legally. 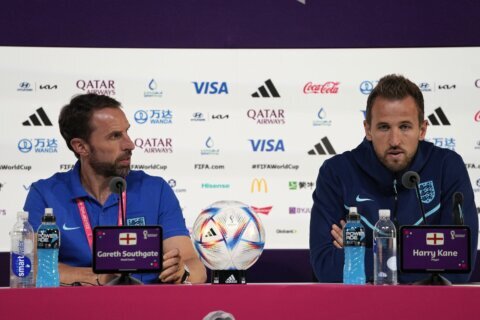