Lafferty banned for 10 games in Scotland for sectarian slur

GLASGOW, Scotland (AP) — Northern Ireland international Kyle Lafferty was handed a 10-match ban by the Scottish Football Association on Thursday for using a sectarian slur toward a fan.

A video showed the 35-year-old Lafferty appearing to pose for a photo with a fan who then expressed support for Celtic, the defending Scottish champion which traditionally is supported by people of Catholic faith.

Lafferty, who played for Rangers — Celtic’s fierce rival in Glasgow — in two spells, was then heard using an expletive and derogatory term for Catholics and Irish nationalists.

At a hearing held by the Scottish FA, Lafferty was found to have breached two disciplinary rules relating to “indecent or insulting words or behavior” and using offensive language including reference to a person’s religion or beliefs.

The suspension takes place with immediate effect, the SFA said.

The length of the ban follows FIFA and UEFA guidelines on discriminatory behavior.

Japan and Croatia tied 1-1, going to penalties at World Cup 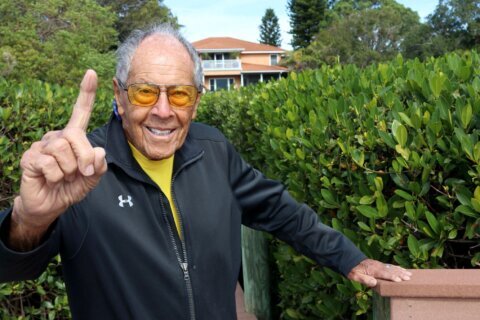