PORTLAND, Ore. (AP) — Santiago Moreno and Dairon Asprilla each scored on penalty kicks and the Portland Timbers won their third straight match with a 2-1 victory over Atlanta United on Sunday.

The Timbers are just above the playoff line in the Western Conference, among a crowd of teams vying for a postseason berth as the season winds to a close. Portland has just four games remaining.

Josef Martinez scored for Atlanta, which was below the line in 11th place in the Eastern Conference standings. It was United’s first loss to Portland, after going undefeated in the previous four meetings.

“They still have talented players, but today we did a really good job on defense, and going on the attack,” Timbers midfielder Diego Chara said.

Sebastian Blanco nearly scored for Portland on a free kick in the 23rd minute, but his shot from an angle went just over the crossbar.

Atlanta’s Luis Arujo had a point-blank shot stopped by Timbers goalkeeper Aljaz Ivacic in the 31st.

Moreno, who was brought down in the box, converted on his penalty in the 38th minute, burying his attempt in the top left corner. Asprilla added another goal on a penalty in the 82nd.

Martinez, who leads Atlanta with eight goals, started on the bench but was a second half substitution and scored in the 88th minute. United goalkeeper Raul Gudino made his first MLS start in goal.

Atlanta put just two shots on goal as the team’s chances of making the playoffs were slipping away.

“I mean, obviously, at the moment, right after the game, I’m frustrated, I’m upset,” Atlanta coach Gonzalo Pineda said. “It’s normal when you don’t get the results. But obviously, we don’t gain anything from that. We need to overcome this part, try to analyze the game, try to see the next game plan this next week — how we can approach that and how we can do it better?”

The Timbers were without head coach Giovanni Savarese and defender Eryk Williamson because of yellow card accumulation. Portland was coming off a midweek 2-1 victory over Austin.

Atlanta fell to the Philadelphia Union 4-1 on Wednesday night. United has five games left in the regular season. 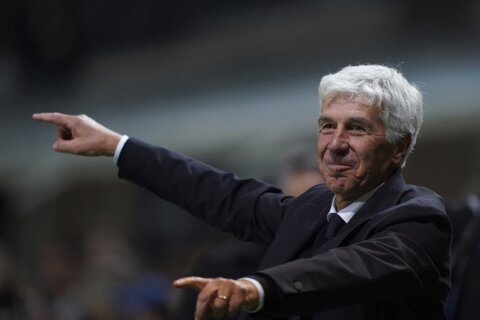 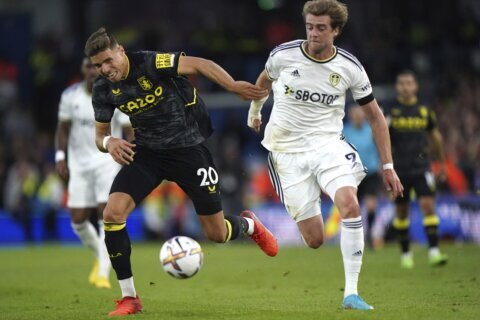