MATCHDAY: Merseyside derby in EPL; Neymar on a hot streak

Real Madrid and Real Betis meet in a showdown between the only league teams with a perfect start. Madrid returns to Santiago Bernabéu Stadium after it asked to play its first three matches on the road so renovation work at the venue could continue. Another high-profile matchup will pit a Barcelona that is carrying momentum against a Sevilla that is yet to win, surprisingly. Atlético Madrid, coming off two wins and a loss, visits Real Sociedad.

AC Milan will be looking to bounce back from a drab midweek draw in the best way possible, with a win over city and title rival Inter Milan in the eagerly anticipated Derby della Madonnina. Romelu Lukaku will again be absent for Inter as he recovers from a muscular problem but fellow Belgian Charles De Ketelaere should start for Milan, which could also hand a debut to United States defender Sergiño Dest. Milan is one of six unbeaten sides in Serie A. Two of the others, Lazio and Napoli, face each other in Rome. Juventus is also unbeaten and it travels to bitter rival Fiorentina, which has not managed to score in its previous four matches.

Neymar’s on a hot streak and looks to make it eight goals in six games for league leader Paris Saint-Germain when they travel to Nantes. PSG’s MNM strike force of Lionel Messi-Neymar-Kylian Mbappe has netted 15 of PSG’s league-high 21 goals. Coach Igor Tudor’s new-look Marseille heads to promoted Auxerre with the league’s best defense. In the other day’s game, unbeaten Lyon hosts struggling Angers, which is down in 19th spot and has conceded 12 goals.

Bayern Munich and Union Berlin have a 2 vs. 3 matchup in the capital. Both are unbeaten going into the fifth round. Bayern is undefeated in its last eight games against Union in all competitions. But Union’s confidence has been renewed by the longest unbeaten run in the Bundesliga — 11 matches, featuring nine wins and two draws. Union’s last defeat was in March to Bayern by 4-0. Union has responded with counterattacks and being clinical. High-flying Freiburg has a chance to add Bayer Leverkusen to its list of defeated beside Augsburg, Stuttgart and Bochum. Germany Under-20 midfielder Merlin Röhl has arrived from third division side Ingolstadt to help out. Meanwhile, Leverkusen contracted Callum Hudson-Odoi on loan from Chelsea and he is set to debut. Leverkusen finally won last weekend, at Mainz 3-0, at the expense of Mitchel Bakker and Piero Hincapie, who were sent off and subsequently suspended this weekend. 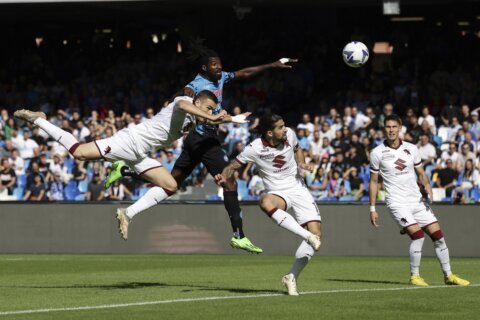 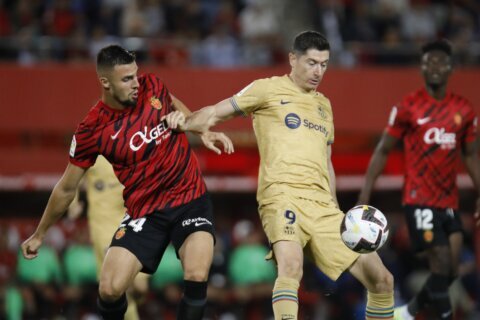