BERLIN (AP) — Germany’s World Cup preparations have been disrupted by the coronavirus, forcing coach Hansi Flick to improvise for tournament warmup games against Hungary and England.

Captain Manuel Neuer and his Bayern Munich teammate Leon Goretzka were forced to leave the team’s hotel Wednesday after positive tests for COVID-19, while Borussia Dortmund midfielder Julian Brandt left with flu-like symptoms after testing negative for the virus.

It’s an unwelcome reminder for Flick that the pandemic is not over and could yet play a role in Germany’s fortunes at the World Cup, which begins in Qatar in just under two months.

Flick wanted his players “get into tournament mode and be there from the start” this week as the team prepares for Nations League games against Hungary in Leipzig on Friday and England in London.

But instead, there’s a fear of further positive cases. Midfielder Jonas Hofmann said “the alarm bells are going off.”

Team training was scheduled for later on Thursday than it had been on previous days. Players face increased checks in the wake of the positive cases. The squad was then to travel to Leipzig by train from the team hotel in Gravenbruch, near Frankfurt.

Hoffenheim goalkeeper Oliver Baumann has been called up as a replacement for Neuer, though Barcelona’s Marc-André ter Stegen is more likely to play against Hungary. Wolfsburg midfielder Maximilian Arnold is also a late addition to the squad. Flick previously called up Leipzig’s Benjamin Henrichs to replace the injured Marco Reus.

Germany has six points and will remain in contention as long as it avoids defeat on Friday. But if Germany loses, Flick’s team could no longer catch Hungary, and if England gets at least a draw against Italy, then England vs. Germany on Monday would suddenly become a duel against relegation.

For Hungary players Péter Gulácsi, Willi Orban and Dominik Szoboszlai, the game in Leipzig will be a special one. All three play for Bundesliga team Leipzig.

“We’re playing away and at home,” Szoboszlai said. “We’ll go there and we’ll enjoy it.”

Hungary held Germany to 1-1 in Budapest in June, when Timo Werner and David Raum had several chances saved by Gulácsi.

Hungary will be without the injured Roland Sallai and Zsolt Nagy on Friday.

“Germany is the strongest team we could meet,” Hungary coach Marco Rossi said. “We’ll do everything we can to make their work as difficult as possible so our fans can be proud of us again.” 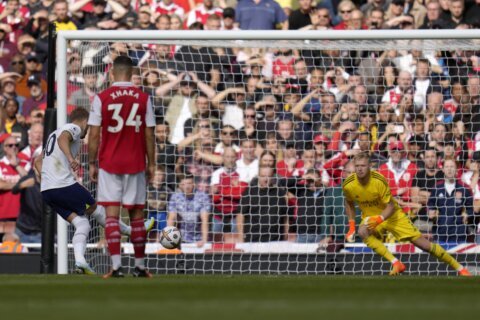 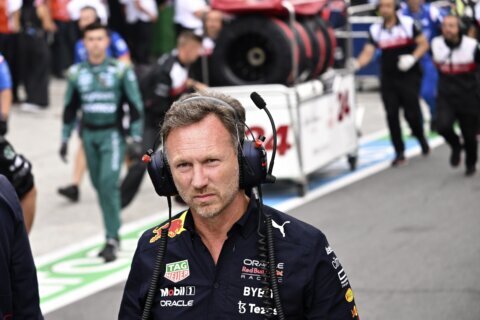