The fee eclipses the 35 million pounds (then $45 million) that Wolves paid Porto for Fabio Silva — a striker now on loan at Anderlecht — in 2020.

The Brazil-born Nunes, who has joined on a five-year deal, is set to play at the World Cup in Qatar after making his Portugal debut last year. He has played eight times for the country, scoring one goal.

“Matheus has had two excellent seasons at the top level in Portugal with Sporting and is widely regarded as one of the most exciting prospects in world football,” Wolves chairman Jeff Shi said, “so we are thrilled that he has chosen the Premier League and Wolves as the next step in what we hope will be a fantastic career.” 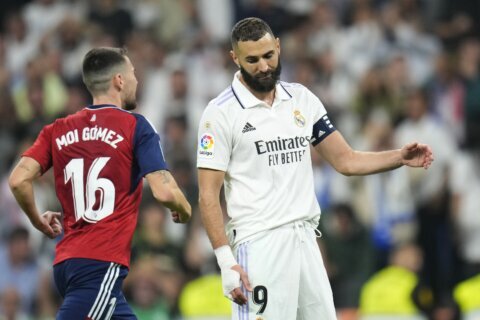