BIRMINGHAM, England (AP) — Aston Villa defender Diego Carlos is set for a long spell out after rupturing his Achilles tendon.

The Brazilian center back will require surgery, the Premier League club said Monday, and then will begin a rehab program.

Villa did not say how long it expects Carlos to be sidelined.

The 29-year-old Carlos joined Villa from Sevilla during the offseason and started the team’s first two games in the Premier League, a loss to Bournemouth and the 2-1 win over Everton on Saturday.

He sustained the injury in second-half stoppage time against Everton.

Carlos was part of the Brazil squad that won gold at the Tokyo Olympics last year. 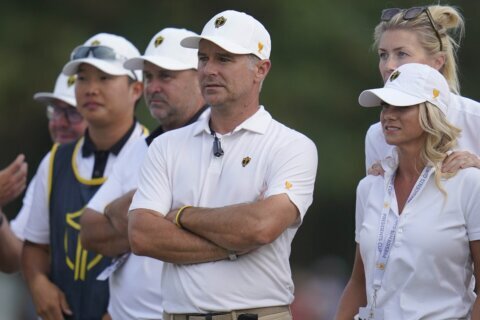 A recap of Presidents Cup matches at Quail Hollow 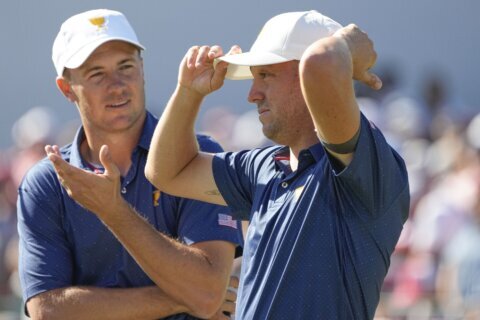