Villa beats Everton 2-1 as Gerrard gets better of Lampard

BIRMINGHAM, England (AP) — Steven Gerrard got the better of former England teammate Frank Lampard in their first meeting as managers as Aston Villa beat Everton 2-1 thanks to goals by Danny Ings and Emi Buendia in the Premier League on Saturday.

Ings turned inside the penalty area after receiving a pass from strike partner Ollie Watkins, took an extra touch to his left and scored with a fierce left-footed strike in the 31st minute.

Watkins, back in the starting team after being a substitute in the 2-0 loss at Bournemouth last weekend, also set up Buendia for the second goal in the 86th. The Argentina playmaker slipped a pass through to Watkins, whose low center across the face of goal was tapped in by Buendia.

While Villa secured its first win of the season, it was a second straight loss for Lampard’s Everton, which barely threatened until Lucas Digne bundled the ball into his own net from a cross by substitute Amadou Onana in the 87th.

The closest the visitors came before that was a goal, scored by Anthony Gordon at a corner, that was ruled offside against the winger. There was a late flurry of efforts by Everton in stoppage time but Villa held on.

Gerrard and Lampard were long-time teammates for England — they were brilliant as individual players breaking forward from midfield but struggled to be compatible as a pair in central midfield — and went into senior management around the same time in 2018.

Gerrard looks to have the better squad at his disposal for this season, with Boubacar Kamara — newly signed from Marseille in central midfield — impressing for Villa on Saturday with his energy and reading of the game.

Lampard is missing a presence up front for Everton with Dominic Calvert-Lewin injured and Richarlison having been sold to Tottenham.

Everton lost its opener 1-0 against Chelsea and could be set for another relegation fight after narrowly avoiding the drop last season. 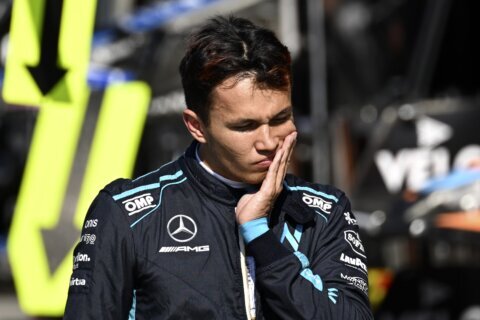 Albon returns to F1 racing in Singapore after appendicitis 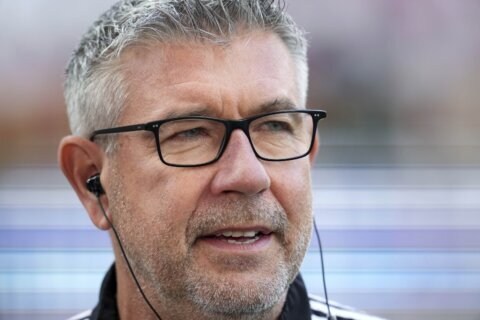