A look at what’s happening in European soccer on Wednesday: CHAMPIONS LEAGUE If there is to be any Champions League…
Listen now to WTOP News WTOP.com | Alexa | Google Home | WTOP App | 103.5 FM

If there is to be any Champions League newcomer among the 32 group-stage teams this season, it can only be Bodø/Glimt of Norway. The final three qualifiers will be decided Wednesday when the second legs are played in three playoffs. Bodø/Glimt takes a 1-0 lead to Croatia to face Dinamo Zagreb and Copenhagen leads 2-1 against host Trabzonspor of Turkey in the playoffs route reserved for national champions. In the separate section for teams that were runner-up or third in a high-ranked league, PSV Eindhoven hosts Rangers after a 2-2 draw in Scotland last week. The Champions League groups are drawn Thursday in Istanbul.

Three teams who have made unbeaten starts to the Premier League are in action to wrap up the second round of the League Cup. Leeds is coming off a 3-0 win over Chelsea when the team coached by American Jesse Marsch hosts third-tier Barnsley. Newcastle, which gave Manchester City a fright in a 3-3 draw on Sunday, travels to fourth-tier Tranmere and Brighton — already a winner against Manchester United and West Ham in the league — visits third-tier Forest Green. All three top-flight teams are expected to rotate heavily to give fringe players a chance. 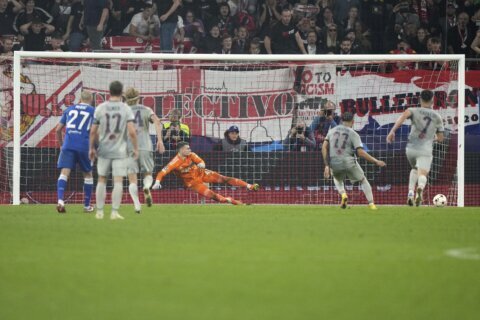 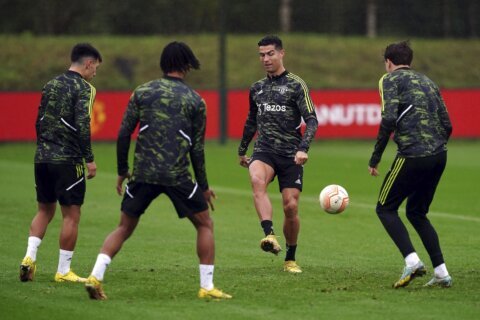