PHOENIX (AP) — Sylvia Fowles had 16 points, Aerial Powers scored 10 of her 14 points in the fourth quarter, and the Minnesota Lynx beat the short-handed Phoenix Mercury 86-77 on Wednesday night to complete a three-game series sweep.

Minnesota (14-20) moved into a four-way tie for seventh, battling Atlanta, New York and Phoenix for the final two playoff spots. The Lynx play Seattle on Friday and Connecticut on Sunday to close the regular season. Phoenix (14-20) plays Dallas on Friday and Chicago on Sunday.

Powers made a layup in traffic to give Minnesota a 78-74 lead and she added two free throws on their next possession for a six-point lead. Moriah Jefferson put Minnesota ahead 84-77 with 35.2 seconds left on a jumper from the free-throw line.

Phoenix announced 30 minutes prior to tip that Skylar Diggins-Smith would not play due to personal reasons. The Mercury were already without Diana Taurasi.

Sophie Cunningham took over the scoring role for Phoenix, tying a career-high with six 3-pointers and finishing with 24 points.

ARLINGTON, Texas (AP) — Sabrina Ionescu had 13 points, nine rebounds and seven assists, Sami Whitcomb added 15 points and the Liberty stayed in the playoff race with a victory over the Wings.

New York (14-20) moved into a tie with Atlanta for the eighth playoff spot, and the two teams play each other on Friday and Sunday to close the regular season. Dallas (17-17) is in the No. 6 spot in the playoffs. The Wings play Phoenix on Friday and Los Angeles on Sunday.

Ionescu, coming off a season-high 32 points against Dallas on Monday, was scoreless in the first half, going 0 for 4 from the field. But Ionescu responded after halftime with 11 points, four rebounds and four assists in the third quarter, including a layup just before the buzzer to extend New York’s lead to 67-57.

Marina Mabrey, coming off a career-high 31 points in a scoring battle with Ionescu on Monday, scored 19 points and Teaira McCowan had 17 points and 13 rebounds for Dallas, which had its franchise record five-game winning streak snapped. 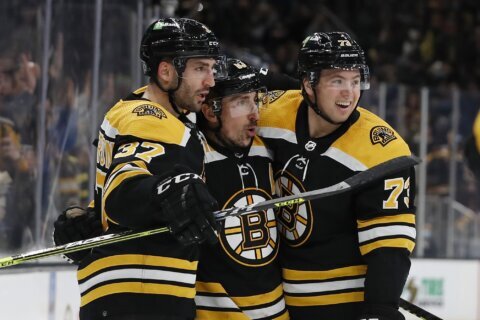 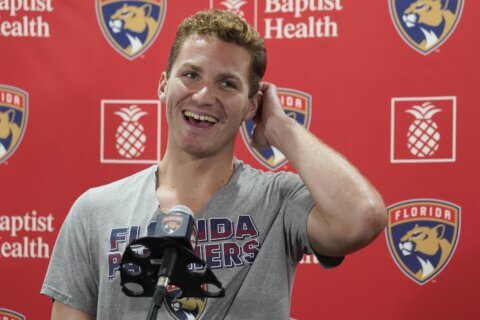