Bouanga is leaving Saint-Étienne of France’s second division to join LAFC, the club announced without disclosing contract terms. He will join the club after the receipt of his International Transfer Certificate.

Bouanga recorded 26 goals and 13 assists in Ligue 1 over the past three seasons with Saint-Étienne, which was relegated last spring. He appeared in one game for the club in Ligue 2 on July 30 before finalizing his departure.

He has spent his entire professional career in France, suiting up for several clubs and excelling in a press while playing as both a wing and a striker. He scored eight goals for Nîmes in the 2018-19 season.

The 27-year-old Bouanga is a native of France who plays for Gabon’s national team, recording seven goals and four assists in 32 appearances.

LAFC (15-4-3) has won four straight and six of seven heading into a road match against Salt Lake on Saturday night. 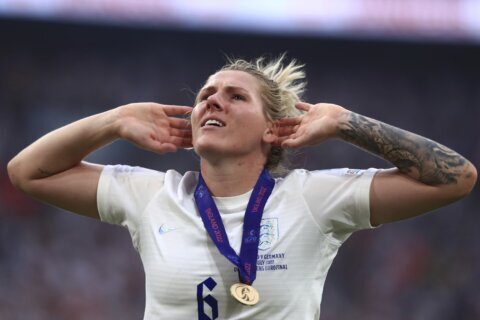