Jumping on an electric scooter, pitcher Triston McKenzie rolls by a ping-pong table and barely taps the brakes while jetting past the Mario Kart arcade game, whose joystick is often manned by All-Star third baseman José Ramírez.

In the corner, utilityman Ernie Clement fires shots on a Nerf basketball court with a 3-point line taped to the clubhouse carpet. The team’s trash-talking chess club will get a match going soon, and a card game will break out before the Guardians take the field.

“This is absolutely as much fun as I’ve ever had, and it’s not just the team,” said catcher Austin Hedges, who at 29 is one of Cleveland’s oldest players. “We enjoy each other and pull for each other. There’s no cliquey-ness.

“I don’t think that happens in every clubhouse.”

Under manager Terry Francona, baseball’s youngest team — the Guardians’ average batting age (26.1) and average pitching age (26.5) are below Triple-A averages — is having fun while also developing into a playoff contender sooner than expected.

They’re a work in progress, but making strides.

“We’re so young,” said the 63-year-old Francona, invigorated by his team’s youth in his 10th season with Cleveland after health issues sidelined him the previous two. “But that’s not an excuse. When you have youth, you have some enthusiasm that comes with it.

“We make mistakes, but we don’t play dumb baseball. I get a kick out of that.”

The Guardians reached the All-Star break at 46-44, only two games behind first-place Minnesota in the AL Central despite an uneven unofficial first half that included scheduling challenges due to wet weather.

Perhaps it was fitting their last game before the break was postponed — Cleveland’s ninth home rainout.

And while they lack household names or national TV appearances, the Guardians, whose solid first half could prompt the front office to make moves at the Aug. 2 trading dealing, are a team to watch, both this season and beyond.

In Ramírez, they’ve got one of the game’s best all-around players and he’s under contract through 2028 after signing a seven-year, $141 million deal. Ramírez hit the break leading the AL with 75 RBIs.

Second baseman Andrés Giménez, acquired last year when Cleveland sent Francisco Lindor to the New York Mets, made the All-Star team in his first full season and has the look of a perennial star.

Shane Bieber anchors a starting staff that hasn’t been as good as advertised, but the bullpen’s loaded with power arms, none bigger than 24-year-old flamethrower Emmanuel Clase, the team’s third All-Star selection.

Cleveland’s minor league system is stocked and the arrival of minority owner David Blitzer — he also has ownership stakes in the Philadelphia 76ers, New Jersey Devils and soccer clubs in the U.S. and Europe — could lead to a significant bump in payroll.

This season was supposed to be about development, but the Guardians have played their way into contention. They just might stay there.

“It’s impressive,” New York Yankees manager Aaron Boone said during a recent series in Cleveland. “They’re kind of coming of age. They’re athletic. They have a lot of young, interesting players that are turning out to being winning players, winning pieces.”

The Guardians’ style is unorthodox in today’s swing-for-the-fences-or-bust game. They’ve only hit 71 homers, third fewest in the majors. But with a patient approach at the plate, they attack in smaller ways, using a base-to-base approach that has worked.

And they don’t quit.

Following fiery first baseman Josh Naylor’s lead as he makes his own comeback from a gruesome leg injury, Cleveland has posted 19 come-from-behind wins. After a recent walk-off homer, Naylor head-butted a helmeted Francona, bending his glasses.

Teaching while trying to contend can be tricky, but Francona appears to be threading the needle.

“Patience is the key when you’re managing and allowing the mistakes to happen,” Detroit Tigers manager A.J. Hinch said. “Keep a positive environment when guys are breaking in and let players be themselves. Tito is one of the best at it, from afar.

“I’ve never been in the clubhouse with him. But seeing the joy his teams play with it’s no secret that he’s got a special touch with young players while maintaining a pretty high standard for his veteran players.”

Along the way, there have been growing pains.

A 7-2 road stretch was followed by a 1-6 slide, and when the Guardians recently dropped four straight in Detroit, postseason chatter dissipated. Cleveland, though, closed the first half with three wins in a row, and an 11-game trip against the White Sox, Red Sox and Rays after the break will be pivotal.

Whatever lies ahead, one thing is certain: the Guardians will have fun doing it.

“We all love and respect each other, and enjoy hanging out together,” said McKenzie. “That’s what makes this team so great.” 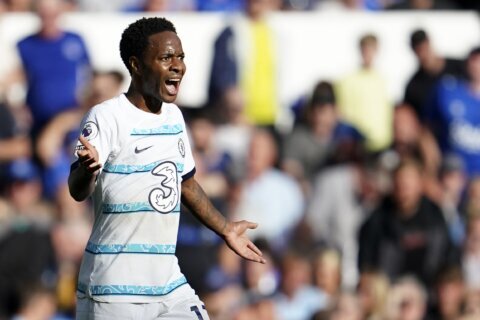 Sterling aims to spark Chelsea ahead of Tottenham game 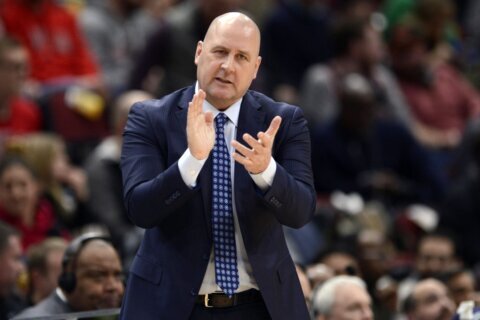