MAINZ, Germany (AP) — Facing heavy criticism from its fans, German club Mainz insisted on Tuesday that a friendly game with Saudi-owned Newcastle would go ahead as planned.

Fans of Mainz and another German team, third-division 1860 Munich, have protested that the games amount to sportswashing, the use of sports events to burnish Saudi Arabia’s image and play down human rights issues.

“Newcastle United is not just a soccer club but a vehicle for implementing the interests of a regime which tramples on human rights and whose politics are diametrically opposed to Mainz 05’s values and mission statement,” the Supporters Mainz group said last week.

Mainz management offered to meet fans to discuss their criticism of Saudi Arabia but said the game on July 18 at a training camp in Austria would go ahead for contractual reasons. The management argued Mainz had few opportunities to play leading European clubs.

“From a sporting perspective we can’t give up this friendly game,” sporting director Christian Heidel said. “A unilateral cancellation on our part, as some fans are demanding, is unthinkable because this could have serious legal and economic consequences for us because of the contractual obligations and because in principle we stand by our contractual agreements.”

Since Saudi Arabia’s Public Investment Fund completed a deal to take majority control of Newcastle in October, the team has held a winter training camp in Saudi Arabia and released an “alternate kit” for next season in the white-and-green colors of the Saudi national team.

Last month, fans of English club Watford said they persuaded the management to call off a planned friendly against Qatar over human rights concerns around the World Cup host nation. 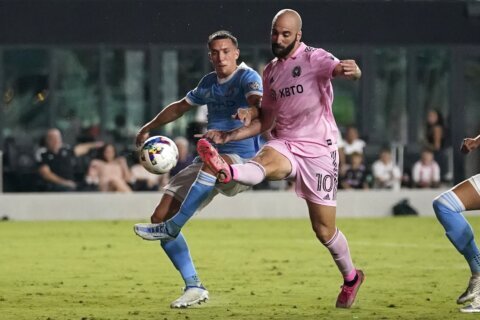