AYRSHIRE, Scotland (AP) — LPGA Tour rookie Hye-Jin Choi shot an 8-under 64 Thursday to take a one-shot lead at the Scottish Open on a day of low scoring on the Dundonald Links course.

Choi had seven birdies, one eagle and a bogey to tie her career-low round on the LPGA Tour.

“Today I had really good shots overall, but more than my shots, my putter was very good so I had a lot of chances,” said Choi, who needed 27 putts Thursday. “I just made birdies when I got the chance.”

Three players were tied for second with opening 65s. Lydia Ko went bogey-free for the 11th time this season in her fifth appearance at the Scottish Open, which leads into the LPGA Tour’s final major of the season next week — the Women’s British Open at Muirfield.

Ko finished in a tie for second last year behind O’Toole at Dumbarnie Links. Ko also finished tied for third last week at the Evian Championship, another LPGA major.

“I actually really liked the golf course last year,” Ko said of Dumbarnie. “But this was a course that I’ve played well before when it was an LET event, and then I played really, really bad when it was an LPGA event so I wasn’t really sure.

“Mixed emotions coming into this week. I was pretty calm about things. And the weather was a lot nicer than I thought it was going to be.” 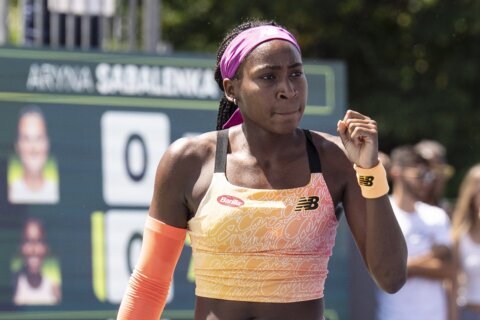